Wrestling With an Author 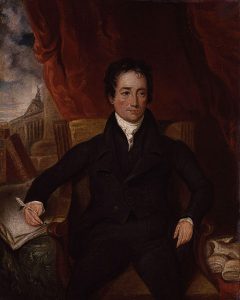 Having disposed, so far as is possible and necessary, of that formidable question of style, let us now return to Charles Lamb, whose essay on Dream Children was the originating cause of our inquiry into style. As we have made a beginning of Lamb, it will be well to make an end of him. In the preliminary stages of literary culture, nothing is more helpful, in the way of kindling an interest and keeping it well alight, than to specialize for a time on one author, and particularly on an author so frankly and curiously “human” as Lamb is. I do not mean that you should imprison yourself with Lamb’s complete works for three months, and read nothing else. I mean that you should regularly devote a proportion of your learned leisure to the study of Lamb until you are acquainted with all that is important in his work and about his work. (You may buy the complete works in prose and verse of Charles and Mary Lamb, edited by that unsurpassed expert Mr. Thomas Hutchison, and published by the Oxford University Press, in two volumes for four shillings the pair!) There is no reason why you should not become a modest specialist in Lamb. He is the very man for you; neither voluminous, nor difficult, nor uncomfortably lofty; always either amusing or touching; and—most important—himself passionately addicted to literature. You cannot like Lamb without liking literature in general. And you cannot read Lamb without learning about literature in general; for books were his hobby, and he was a critic of the first rank. His letters are full of literariness.  You will naturally read his letters; you should not only be infinitely diverted by them (there are no better epistles), but you should receive from them much light on the works.

It is a course of study that I am suggesting to you. It means a certain amount of sustained effort. It means slightly more resolution, more pertinacity, and more expenditure of brain-tissue than are required for reading a newspaper. It means, in fact, “work.” Perhaps you did not bargain for work when you joined me. But I do not think that the literary taste can be satisfactorily formed unless one is prepared to put one’s back into the affair. And I may prophesy to you, by way of encouragement, that, in addition to the advantages of familiarity with masterpieces, of increased literary knowledge, and of a wide introduction to the true bookish atmosphere and “feel” of things, which you will derive from a comprehensive study of Charles Lamb, you will also be conscious of a moral advantage—the very important and very inspiring advantage of really “knowing something about something.” You will have achieved a definite step; you will be proudly aware that you have put yourself in a position to judge as an expert whatever you may hear or read in the future concerning Charles Lamb. This legitimate pride and sense of accomplishment will stimulate you to go on further; it will generate steam. I consider that this indirect moral advantage even outweighs, for the moment, the direct literary advantages.

Now, I shall not shut my eyes to a possible result of your diligent intercourse with Charles Lamb. It is possible that you may be disappointed with him. It is—shall I say?–almost probable that you will be disappointed with him, at any rate partially. You will have expected more joy in him than you have received. I have referred in a previous chapter to the feeling of disappointment which often comes from first contacts with the classics. The neophyte is apt to find them—I may as well out with the word—dull. You may have found Lamb less diverting, less interesting, than you hoped. You may have had to whip yourself up again and again to the effort of reading him. In brief, Lamb has not, for you, justified his terrific reputation. If a classic is a classic because it gives pleasure to succeeding generations of the people who are most keenly interested in literature, and if Lamb frequently strikes you as dull, then evidently there is something wrong. The difficulty must be fairly fronted, and the fronting of it brings us to the very core of the business of actually forming the taste. If your taste were classical you would discover in Lamb a continual fascination; whereas what you in fact do discover in Lamb is a not unpleasant flatness, enlivened by a vague humor and an occasional pathos. You ought, according to theory, to be enthusiastic; but you are apathetic, or, at best, half-hearted. There is a gulf. How to cross it?

To cross it needs time and needs trouble. The following considerations may aid. In the first place, we have to remember that, in coming into the society of the classics in general and of Charles Lamb in particular, we are coming into the society of a mental superior. What happens usually in such a case? We can judge by recalling what happens when we are in the society of a mental inferior. We say things of which he misses the import; we joke, and he does not smile; what makes him laugh loudly seems to us horseplay or childish; he is blind to beauties which ravish us; he is ecstatic over what strikes us as crude; and his profound truths are for us trite commonplaces. His perceptions are relatively coarse; our perceptions are relatively subtle. We try to make him understand, to make him see, and if he is aware of his inferiority we may have some success. But if he is not aware of his inferiority, we soon hold our tongues and leave him alone in his self-satisfaction, convinced that there is nothing to be done with him. Every one of us has been through this experience with a mental inferior, for there is always a mental inferior handy, just as there is always a being more unhappy than we are. In approaching a classic, the true wisdom is to place ourselves in the position of the mental inferior, aware of mental inferiority, humbly stripping off all conceit, anxious to rise out of that inferiority. Recollect that we always regard as quite hopeless the mental inferior who does not suspect his own inferiority. Our attitude towards Lamb must be:

“Charles Lamb was a greater man than I am, cleverer, sharper, subtler, finer, intellectually more powerful, and with keener eyes for beauty.  I must brace myself to follow his lead.” Our attitude must resemble that of one who cocks his ear and listens with all his soul for a distant sound.

To catch the sound we really must listen. That is to say, we must read carefully, with our faculties on the watch. We must read slowly and perseveringly. A classic has to be wooed and is worth the wooing.  Further, we must disdain no assistance. I am not in favor of studying criticism of classics before the classics themselves. My notion is to study the work and the biography of a classical writer together, and then to read criticism afterwards. I think that in reprints of the classics the customary “critical introduction” ought to be put at the end, and not at the beginning, of the book. The classic should be allowed to make his own impression, however faint, on the virginal mind of the reader. But afterwards let explanatory criticism be read as much as you please. Explanatory criticism is very useful; nearly as useful as pondering for oneself on what one has read! Explanatory criticism may throw one single gleam that lights up the entire subject.

My second consideration (in aid of crossing the gulf) touches the quality of the pleasure to be derived from a classic. It is never a violent pleasure. It is subtle, and it will wax in intensity, but the idea of violence is foreign to it. The artistic pleasures of an uncultivated mind are generally violent. They proceed from exaggeration in treatment, from a lack of balance, from attaching too great an importance to one aspect (usually superficial), while quite ignoring another. They are gross, like the joy of Worcester sauce on the palate. Now, if there is one point common to all classics, it is the absence of exaggeration. The balanced sanity of a great mind makes impossible exaggeration, and, therefore, distortion. The beauty of a classic is not at all apt to knock you down. It will steal over you, rather. Many serious students are, I am convinced, discouraged in the early stages because they are expecting a wrong kind of pleasure. They have abandoned Worcester sauce, and they miss it. They miss the coarse tang. They must realize that indulgence in the tang means the sure and total loss of sensitiveness—sensitiveness even to the tang itself. They cannot have crudeness and fineness together. They must choose, remembering that while crudeness kills pleasure, fineness ever intensifies it.