The Unconscious Element in Self-Culture 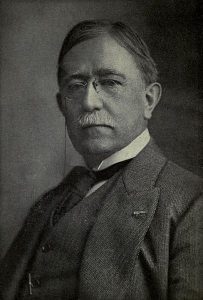 While it is true that the greatest books betray the most intimate acquaintance with the time in which they are written, and disclose the impress of that time in thought, structure, and style, it is also true that such books are so essentially independent of contemporary forms and moods that they largely escape the vicissitudes which attend those forms and moods. The element of enduring interest in them outweighs the accidents of local speech or provincial knowledge, as the force and genius of Cæsar survive the armor he wore and the language he spoke. A great book is a possession for all time, because a writer of the first rank is the contemporary of every generation; he is never outgrown, exhausted, or even old-fashioned, although the garments he wore may have been laid aside long ago.

In this permanent quality, unchanged by changes of taste and form, resides the secret of that charm which draws about the great poets men and women of each succeeding period, eager to listen to words which thrilled the world when it was young, and which have a new meaning for every new age. It is safe to say that Homer will speak to men as long as language survives, and that translation will follow translation to the end of time. What Robinson said of the Bible in one of the great moments of modern history may be said of the greater works of literature: more light will always stream from them. Indeed, many of them will not be understood until they are read in the light of long periods of history; for as the great books are interpretations of life, so life in its historic revelation is one continuous commentary on the greater books.

This preponderance of the permanent over the accidental or temporary in books of this class is largely due to the unconscious element which plays so great a part in them: the element of universal experience, in which every man shares in the exact degree in which, in mind and heart, he approaches greatness. It is idle to attempt to separate arbitrarily in Shakespeare, for instance, those elements in the poet’s work which were deliberately introduced from those which went into it by the unconscious action of his whole nature; but no one can study the plays intelligently without becoming more and more clearly aware of those depths of life which moved in the poet before they moved in his work; which enlarged, enriched, and silently reorganised his view of life and his power of translating life out of individual into universal terms. It would be impossible, for instance, to write such a play as “The Tempest” by sheer force of intellect; in the creation of such a work there is involved, beyond literary skill, calculation, and deep study of the relation of thought to form, a ripeness of spirit, a clearness of insight, a richness of imagination, which are so much part of the very soul of the poet that he does not separate them in thought, and cannot consciously balance, adjust, and employ them. They are quite beyond his immediate control, as they are beyond all attempts to imitate them.

Cleverness may learn all the forms and methods, but it is powerless to imitate greatness; it can simulate the conscious, dexterous side of greatness, but it cannot simulate the unconscious, vital side. The moment a man like Voltaire attempts to deal with such a character as Joan of Arc, his spiritual and artistic limitations become painfully apparent; of cleverness there is no lack, but of reverence, insight, depth of feeling, the affinity of the great imagination for the great nature or deed, there is no sign. The man is entirely and hopelessly incapacitated for the work by virtue of certain limitations in his own nature of which he is obviously in entire ignorance. The conscious skill of Voltaire was delicate, subtle, full of vitality; but the unconscious side of his nature was essentially shallow, thin, largely undeveloped; and it is the preponderance of the unconscious over the conscious in a man’s life which makes him great in himself and equips him for work of the highest quality. No man can put his skill to the highest use and give his knowledge the final touch of individuality until both are so entirely incorporated in his personality that they have become part of himself.

This deepest and most vital of all the processes of self-education and self-unfolding, which is brought to such perfection in men of the highest creative power, is the fundamental process of culture,—the chief method which every man uses, consciously or unconsciously, who brings his nature to complete ripeness of quality and power. The absorption of vital experience and knowledge which went on in Shakespeare enlarged and clarified his vision and insight to such a degree that both became not only searching, but veracious in a rare degree; life was opened to him on many sides by the expansion first accomplished in himself. This is saying again what has been said so many times, but cannot be said too often,—that, in order to give one’s work a touch of greatness, a man must first have a touch of greatness in his own nature. But greatness is not an irresponsible and undirected growth; it is as definitely conditioned on certain obediences to intellectual discipline and spiritual law as is any kind of lesser skill conditioned on practice and work. One of these conditions is the development of the power to turn conscious processes of observation, emotion, and skill into unconscious processes; to enrich the nature below the surface, so to speak; to make the soil productive by making it deep and rich. Men of mere skill always stop short of this final process of self-development, and always stop short of those final achievements which sum up and express all that has been known or felt about a subject and give it permanent form; men of essential greatness take this last step in that higher education which makes one master of the force of his personality, and give his words and works universal range and perennial interest.

Now, this is the deepest quality in the books of life, which a student may not only enjoy to the full, but may also absorb and make his own. When Alfred de Musset, in an oft-repeated phrase, said that it takes a great deal of life to make a little art, he was not only affirming the reality of this process of passing experience through consciousness into the unconscious side of a man’s nature, but he was also hinting at one of the greatest resources of pleasure and growth. For time and life continually enrich the man who has learned the secret of turning experience and observation into knowledge and power. It is a secret in the sense in which every vital process is a secret; but it is not a trick, a skill, or a method which may be communicated in a formula. Mrs. Ward describes a character in one of her stories as having passed through a great culture into a great simplicity of nature; in other words, culture had wrought its perfect work, and the man had passed through wide and intensely self-conscious activity into the repose and simplicity of self-unconsciousness; his knowledge had become so completely a part of himself that he had ceased to be conscious of it as a thing distinct from himself. There is no easy road to this last height in the long and painful process of education; and time is an essential element in the process, because it is a matter of growth.

There are, it is true, a few men and women who seem born with this power of living in the heart of things and possessing them in the imagination without having gone through the long and painful stages of preparatory education; but genius is not only inexplicable, it is also so rare that for the immense majority of men any effort to comprehend it must be purely academic. It is enough to know that if we are in any degree to share with men and women of genius the faculty of vision, insight, and creative energy, we must master the conditions which favor the development of those supreme gifts. There is laid, therefore, upon the student who wishes to get the vital quality of literature the necessity of repeating, by deliberate and intelligent design, the process which in so many of the masters of the arts has been, apparently, accomplished instinctively. To make observation, study, and experience part of one’s spiritual and intellectual capital, it is, in the first place, necessary to saturate one’s self with that which one is studying; to possess it by constant familiarity; to let the imagination play upon it; to meditate upon it. And it is necessary, in the second place, to make this practice habitual; when it becomes habitual, it will become largely unconscious: one does it by instinct rather than by deliberation. This process is illustrated in every successful attempt to master any art. In the art of speaking, for instance, the beginner is hampered by an embarrassing consciousness of his hands, feet, speech; he cannot forget himself and surrender himself to his thought or his emotion; he dare not trust himself. He must, therefore, train himself through mind, voice, and body; he must submit to constant and long-sustained practice, thinking out point by point what he shall say and how he shall say it. This process is, at the start, partly mechanical; in the nature of things it must be entirely within the view and control of a vigilant consciousness. But as the training progresses, the element of self-consciousness steadily diminishes, until, in great moments, the true orator, become one harmonious instrument of expression, surrenders himself to his theme, and his personality shines clear and luminous through speech, articulation, and gesture. The unconscious nature of the man subordinates his skill wholly to its own uses. In like manner, in every kind of self-expression, the student who puts imagination, vitality, and sincerity into the work of preliminary education, comes at last to full command of himself, and gives complete expression to that which is deepest and most individual in him. Time, discipline, study, and thought enrich every nature which is receptive and responsive.

This is taken from Books and Culture.