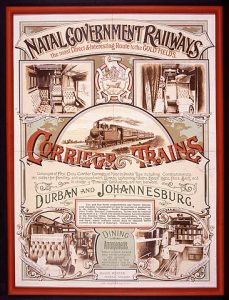 This is taken from the  Laws of Etiquette, originally published in 1836.

It is an extremely difficult affair to travel in a coach, with perfect propriety. Ten to one the person next to you is an English nobleman incognito; and a hundred to one, the man opposite to you is a brute or a knave. To behave so that you may not be uncivil to the one, nor a dupe to the other, is an art of some niceness.

As the seats are assigned to passengers in the order in which they are booked, you should send to have your place taken a day or two before the journey, so that you may be certain of a back seat. It is also advisable to arrive at the place of departure early, so that you assume your place without dispute.

When women appear at the door of the coach to obtain admittance, it is a matter of some question to know exactly what conduct it is necessary to pursue. If the women are servants, or persons in a low rank of life, I do not see upon what ground of politeness or decency you are called upon to yield your seat. Etiquette, and the deference due to ladies have, of course, no operation in the case of such persons.  Chivalry–(and the gentleman is the legitimate descendant of the knight of old)–was ever a devotion to rank rather than to sex. Don Quixote, or Sir Piercy Shafestone would not willingly have given place to servant girls. And upon considerations of humanity and regard to weakness, the case is no stronger. Such people have nerves considerably more robust than you have, and are quite as capable of riding backwards, or the top, as yourself. The only reason for politeness in the case is, that perhaps the other passengers are of the same standing with the women, and might eject you from the window if you refuse to give place.

If ladies enter—and a gentleman distinguishes them in an instant—the case is altered. The sooner you move the better is it for yourself, since the rest will in the end have to concede, and you will give yourself a reputation among the party and secure a better seat, by rising at once.

The principle that guides you in society is politeness; that which guides you in a coach is good humor. You lay aside all attention to form, and all strife after effect, and take instead, kindness of disposition and a willingness to please.  You pay a constant regard to the comfort of your. fellow-prisoners. You take care not to lean upon the shoulder of your neighbor when you sleep. You are attentive not to make the stage wait for you at the stopping-places. When the ladies get out, you offer them your arm, and you do the same when the coachman is driving rapidly over a rough place. You should make all the accommodations to others, which you can do consistently with your own convenience; for, after all, the individuals are each like little nations; and as, in the one case, the first duty is to your country, so in the other, the first duty is to yourself.

Some surly creatures, upon entering a coach, wrap about their persons a great coat of cloth, and about their minds a mantle of silence, which are not thrown off during the whole journey. This is doing more harm to themselves than to others. You should make a point of conversing with an appearance of entire freedom, though with real reserve, with all those who are so disposed.

One purpose and pleasure of traveling is to gain information, and to observe the various characters of persons. You will be asked by others about the road you passed over, and it will be awkward if you can give no account of it. Converse, therefore, with all. Relate amusing stories, chiefly of other countries, and even of other times, so as not to offend any one. If engaged in discussion—and a coach is almost the only place where discussion should not be avoided—state facts and arguments rather than opinions.  Never answer impudent questions-and never ask them.

At the meals which occur during a journey, you see beautiful exemplification of the dictum of Hobbes, “that war is the natural state of man.” The entire scene is one of unintermitted war of every person with every other person, with the viands, and with good manners. You open your mouth only to admit edibles and to bellow to the waiters. Your sole object is yourself. You drink wine without asking your neighbor to join you; and if he should be so silly as to ask you to hand him some specified dish, you blandly comply; but in the passage to him, you transfer the whole of its contents to your own plate. There is no halving in these matters.  Rapacity, roaring, and rapidity are the three requisites for dining during a journey. When you have resumed your seat in the coach, you are as bland as a morning in spring.

Never assume any unreal importance in a stage-coach, founded on the ignorance of your fellows, and their inability to detect it. It is excessively absurd, and can only gratify a momentary and foolish vanity; for, whenever you might make use of your importance, you would probably be at once discovered. There is an admirable paper upon this point in one of Johnson’s Adventurers.

The friendship which has subsisted between travelers terminates with the journey. When you get out, a word, a bow, and the most unpleasant act of life is finished and forgotten.