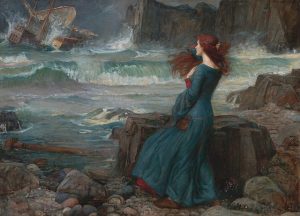 To get at the heart of Shakespeare’s plays, and to secure for ourselves the material and the development of culture which are contained in them, is not the work of a day or of a year; it is the work and the joy of a lifetime. There is no royal road to the harmonious unfolding of the human spirit; there is a choice of methods, but there are no “short cuts.” No man can seize the fruits of culture prematurely; they are not to be had by pulling down the boughs of the tree of knowledge, so that he who runs may pluck as he pleases. Culture is not to be had by programme, by limited courses of reading, by correspondence, or by following short prescribed lines of home study. These are all good in their degree of thoroughness of method and worth of standards, but they are impotent to impart an enrichment which is below and beyond mere acquirement. Because culture is not knowledge but wisdom, not quantity of learning but quality, not mass of information but ripeness and soundness of temper, spirit, and nature, time is an essential element in the process of securing it. A man may acquire information with great rapidity, but no man can hasten his growth. If the fruit is forced, the flavor is lost. To get into the secret of Shakespeare, therefore, one must take time. One must grow into that secret.

This does not mean, however, that the best things to be gotten out of books are reserved for people of leisure; on the contrary, they are oftenest possessed by those whose labors are many and whose leisure is limited. One may give his whole life to the pursuit of this kind of excellence, but one does not need to give his whole time to it. Culture is cumulative; it grows steadily in the man who takes the fruitful attitude toward life and art; it is secured by the clear purpose which so utilizes all the spare minutes that they practically constitute an unbroken duration of time. James Smetham, the English artist, feeling keenly the imperfections of his training, formulated a plan of study combining art, literature, and the religious life, and devoted twenty-five years to working it out. Goethe spent more than sixty years in the process of developing himself harmoniously on all sides; and few men have wasted less time than he. And yet in the case of each of these rigorous and faithful students there were other, and, for long periods, more engrossing occupations. Any one who knows men widely will recall those whose persistent utilization of the odds and ends of time, which many people regard as of too little value to save by using, has given their minds and their lives that peculiar distinction of taste, manner, and speech which belong to genuine culture.

It is not wealth of time, but what Mr. Gladstone has aptly called “thrift of time,” which brings ripeness of mind within reach of the great mass of men and women. The man who has learned the value of five minutes has gone a long way toward making himself a master of life and its arts. “The thrift of time,” says the English statesman, “will repay in after life with a usury of profit beyond your most sanguine dreams, and waste of it will make you dwindle alike in intellectual and moral stature beyond your darkest reckoning.” And Matthew Arnold has put the same truth into words which touch the subject in hand still more closely: “The plea that this or that man has no time for culture will vanish as soon as we desire culture so much that we begin to examine seriously into our present use of time.” It is no exaggeration to say that the mass of men give to unplanned and desultory reading of books and newspapers an amount of time which, if intelligently and thoughtfully given to the best books, would secure, in the long run, the best fruits of culture.

There is no magic about this process of enriching one’s self by absorbing the best books; it is simply a matter of sound habits patiently formed and persistently kept up. Making the most of one’s time is the first of these habits; utilizing the spare hours, the unemployed minutes, no less than those longer periods which the more fortunate enjoy. To “take time by the forelock” in this way, however, one must have his book at hand when the precious minute arrives. There must be no fumbling for the right volume; no waste of time because one is uncertain what to take up next. The waste of opportunity which leaves so many people intellectually barren who ought to be intellectually rich, is due to neglect to decide in advance what direction one’s reading shall take, and neglect to keep the book of the moment close at hand. The biographer of Lucy Larcom tells us that the aspiring girl pinned all manner of selections of prose and verse which she wished to learn at the sides of the window beside which her loom was placed; and in this way, in the intervals of work, she familiarized herself with a great deal of good literature. A certain man, now widely known, spent his boyhood on a farm, and largely educated himself. He learned the rudiments of Latin in the evening, and carried on his study during working hours by pinning ten lines from Virgil on his plough,—a method of refreshment much superior to that which Homer furnished the ploughman in the well-known passage in the description of the shield. These are extreme cases, but they are capital illustrations of the immense power of enrichment which is inherent in fragments of time pieced together by intelligent purpose and persistent habit.

This faculty of draining all the rivulets of knowledge by the way was strikingly developed by a man of surpassing eloquence and tireless activity. He was never a methodical student in the sense of following rigidly a single line of study, but he habitually fed himself with any kind of knowledge which was at hand. If books were at his elbow, he read them; if pictures, engravings, gems were within reach, he studied them; if nature was within walking distance, he watched nature; if men were about him, he learned the secrets of their temperaments, tastes, and skills; if he were on shipboard, he knew the dialect of the vessel in the briefest possible time; if he travelled by stage, he sat with the driver and learned all about the route, the country, the people, and the art of his companion; if he had a spare hour in a village in which there was a manufactory, he went through it with keen eyes and learned the mechanical processes used in it. “Shall I tell you the secret of the true scholar?” says Emerson. “It is this: every man I meet is my master in some point, and in that I learn of him.”

The man who is bent on getting the most out of life in order that he may make his own nature rich and productive will learn to free himself largely from dependence on conditions. The power of concentration which issues from a resolute purpose, and is confirmed by habits formed to give that purpose effectiveness, is of more value than undisturbed hours and the solitude of a library; it is of more value because it takes the place of things which cannot always be at command. To learn how to treat the odds and ends of hours so that they constitute, for practical purposes, an unbroken duration of time, is to emancipate one’s self from dependence on particular times, and to appropriate all time to one’s use; and in like manner to accustom one’s self to make use of all places, however thronged and public, as if they were private and secluded, is to free one’s self from bondage to a particular locality, or to surroundings specially chosen for the purpose. Those who have abundance of leisure to spend in their libraries are beyond the need of suggestions as to the use of time and place; but those whose culture must be secured incidentally, as it were, need not despair,—they have shining examples of successful use of limited opportunities about them. It is not only possible to make all time enrich us, but to use all space as if it were our own. To have a book in one’s pocket and the power of fastening one’s mind upon it to the exclusion of every other object or interest is to be independent of the library, with its unbroken quietness. It is to carry the library with us,—not only the book, but the repose.

One bright June morning a young man, who happened to be waiting at a rural station to take a train, discovered one of the foremost of American writers, who was, all things considered, perhaps the most richly cultivated man whom the country has yet produced, sitting on the steps intent upon a book, and entirely oblivious of his surroundings. The young man’s reverence for the poet and critic filled him with desire to know what book had such power of beguiling into forgetfulness one of the noblest minds of the time. He affirmed within himself that it must be a novel. He ventured to approach near enough to read the title, holding, rightly enough, that a book is not personal property, and that his act involved no violation of privacy. He discovered that the great man was reading a Greek play with such relish and abandon that he had turned a railway station into a private library! One of the foremost of American novelists, a man of real literary insight and of genuine charm of style, says that he can write as comfortably on a trunk in a room at a hotel, waiting to be called for a train, as in his own library. There is a good deal of discipline behind such a power of concentration as that illustrated in both these cases; but it is a power which can be cultivated by any man or woman of resolution. Once acquired, the exercise of it becomes both easy and delightful. It transforms travel, waiting, and dreary surroundings into one rich opportunity. The man who has the “Tempest” in his pocket, and can surrender himself to its spell, can afford to lose time on cars, ferries, and at out-of-the-way stations; for the world has become an extension of his library, and wherever he is, he is at home with his purpose and himself.