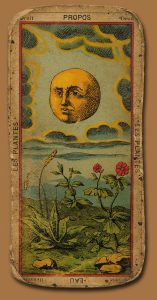 Those who have an interest in collecting playing cards often find an interest as well in tarot cards, which have a related history. Herewith, a listing of some of the most popular decks of tarot cards:

1JJ Swiss Tarot Cards – A well-known deck, has been around since 1974.

Avalon Tarot – This deck is believed to be out-of-print. However, on a related note, you might be interested in the Wisdom of Avalon Oracle Cards.

Blank Tarot Cards– Everyone looks for blank tarot cards eventually; these have a nice design on the back.

Cagliostro Tarot Cards – Revised edition of the Cagliostro pack first published in 1912.   Interpretations and astrological symbols are printed on each card.  No longer available.

Tarot of the Cat People  – Science fiction and fantasy combine to create a stunning tarot deck and book set by Karen Kuykendall. Situated in a distant place known as the Outer Regions. 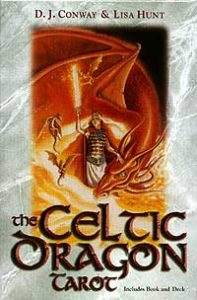 Dragon Tarot  – Journey into the far reaches of Dragonland . . .  A very popular deck but, of course, everyone loves dragons.  Nice cards, and fun as well.

Faery Wicca Tarot – The 83-card Faery Wicca Tarot is a unique system that blends traditional tarot images with the mystical symbolism of modern Faery Wicca. It is based on the ancient Bardic system of understanding the universe, which is considered to be the shamanic roots of the Irish Faery Faith, a pre-Christian, pre-Celtic spiritual tradition.

Fantastical Tarot – by Nathalie Hertz, who also did the Vampire Tarot.

Fenestra Tarot – This deck came out in 2006.  It’s quite attractive, with unusual imagery.

Goddess Tarot  – Draws inspiration from the many goddesses honored throughout history and all over the globe. 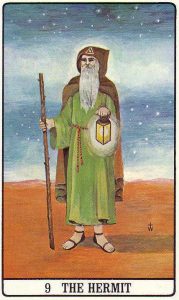 Golden Dawn Tarot – Out of print.

Golden Tarot of the Tsar  – By A. A. Atanassov.  From Lo Scarabeo.

Halloween Tarot Deck & Book Set – Black cats, ghosts, jack o’lanterns and more!  You don’t have to wait until October 31st to jump into the festive, spooky world of Halloween.  The 78-card Halloween Tarot deck offers both the fun and the mystery of the holiday, with monsters and other creepy creatures, eager trick-or-treaters, etc.

Herbal Tarot – The Herbal Tarot, by Michael Tierra and Candis Cantin, was designed to integrate the healing properties of traditional herbs with the symbolism of tarot.  Each card features a different herb, identified by name, and related by its characteristics to a specific tarot card.

Jungian Tarot – Jung, the great psychologist, was quite interested in the tarot as a symbol system.

Lord of the Rings Tarot 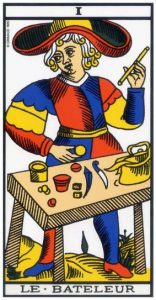 Tarot of Marseilles – an old standby, there are actually a number of different Marseilles decks in print, because the original design is long out of copyright.

Necronomicon Tarot Kit – Grim Agents of Cosmic Forces… or so they say…. Anyway, who doesn’t like H P Lovecraft, so here’s a fun deck to go with your collection of his stories.

Old English Tarot – This gracefully designed deck is set against a tapestry of medieval England.  The Major Arcana features traditional scenes and figures; the Minor Arcana is a visual journey into an era that spurs the imagination.

Rider Waite Tarot Deck  – The world’s most popular tarot deck, and probably the best one to learn on. We have a page devoted to a discussion of the Rider Waite tarot deck.

Rider Waite Original Tarot Pack  – Facsimile edition of the Rider-Waite Tarot Deck originally printed from plates that were destroyed during the bombing of London in WWII.  Conceived by A. E. Waite. Cards designed by Pamela Colman Smith.  The rich, figurative designs that are the hallmark of this set will help everyone to understand and enjoy the unique language of tarot. Pack includes: deck of 78 full-color cards; The Key to the Tarot, fully revised and updated with an introduction by Liz Greene; divinatory chart.

Tarot of Oz – Tarot using Wizard of Oz characters and mythology – actually, a very intriguing pairing, and this works well, especially for those who prefer their tarot decks to be a bit on the bright side.  Also good for collectors of Oziana.

Unicorn Tarot – Because everyone likes unicorns.

Universal Waite Tarot Deck – Popular alternative to the Rider tarot deck, to which it is related.

Ukiyoe Tarot – an attractive tarot deck with a Japanese flavor. 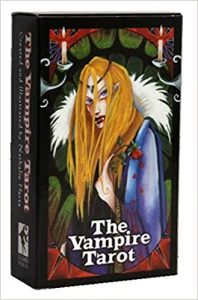 Tarot of the Witches

Tarot Cards at the Movies

Tarot – The Suit of Cups