How to Read Systematically 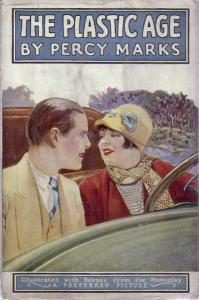 Yes, I have caught your terrified and protesting whisper: “I hope to heaven he isn’t going to prescribe a Course of English Literature, because I feel I shall never be able to do it!” I am not. If your object in life was to be a University Extension Lecturer in English literature, then I should prescribe something drastic and desolating. But as your object, so far as I am concerned, is simply to obtain the highest and most tonic form of artistic pleasure of which you are capable, I shall not prescribe any regular course. Nay, I shall venture to dissuade you from any regular course. No man, and assuredly no beginner, can possibly pursue a historical course of literature without wasting a lot of weary time in acquiring mere knowledge which will yield neither pleasure nor advantage. In the choice of reading the individual must count; caprice must count, for caprice is often the truest index to the individuality. Stand defiantly on your own feet, and do not excuse yourself to yourself. You do not exist in order to honour literature by becoming an encyclopaedia of literature. Literature exists for your service. Wherever you happen to be, that, for you, is the centre of literature.

Still, for your own sake you must confine yourself for a long time to recognised classics, for reasons already explained. And though you should not follow a course, you must have a system or principle. Your native sagacity will tell you that caprice, left quite unfettered, will end by being quite ridiculous. The system which I recommend is embodied in this counsel: Let one thing lead to another. In the sea of literature every part communicates with every other part; there are no land-locked lakes. It is with an eye to this system that I recommend you start with Charles Lamb. Lamb, if you are his intimate, has already brought you into relations with a number of other prominent writers with whom you can in turn be intimate, and who will be particularly useful to you. Among these are Wordsworth, Coleridge, Southey, Hazlitt, and Leigh Hunt. You cannot know Lamb without knowing these men, and some of them are of the highest importance. From the circle of Lamb’s own work you may go off at a tangent at various points, according to your inclination. If, for instance, you are drawn towards poetry, you cannot, in all English literature, make a better start than with Wordsworth. And Wordsworth will send you backwards to a comprehension of the poets against whose influence Wordsworth fought. When you have understood Wordsworth’s and Coleridge’s Lyrical Ballads, and Wordsworth’s defence of them, you will be in a position to judge poetry in general. If, again, your mind hankers after an earlier and more romantic literature, Lamb’s Specimens of English Dramatic Poets Contemporary with Shakspere has already, in an enchanting fashion, piloted you into a vast gulf of “the sea which is Shakspere.”

Again, in Hazlitt and Leigh Hunt you will discover essayists inferior only to Lamb himself, and critics perhaps not inferior. Hazlitt is unsurpassed as a critic. His judgments are convincing and his enthusiasm of the most catching nature. Having arrived at Hazlitt or Leigh Hunt, you can branch off once more at any one of ten thousand points into still wider circles. And thus you may continue up and down the centuries as far as you like, yea, even to Chaucer. If you chance to read Hazlitt on Chaucer and Spenser, you will probably put your hat on instantly and go out and buy these authors; such is his communicating fire! I need not particularise further. Commencing with Lamb, and allowing one thing to lead to another, you cannot fail to be more and more impressed by the peculiar suitability to your needs of the Lamb entourage and the Lamb period. For Lamb lived in a time of universal rebirth in English literature. Wordsworth and Coleridge were re-creating poetry; Scott was re-creating the novel; Lamb was re-creating the human document; and Hazlitt, Coleridge, Leigh Hunt, and others were re-creating criticism. Sparks are flying all about the place, and it will be not less than a miracle if something combustible and indestructible in you does not take fire.

I have only one cautionary word to utter. You may be saying to yourself: “So long as I stick to classics I cannot go wrong.” You can go wrong. You can, while reading naught but very fine stuff, commit the grave error of reading too much of one kind of stuff. Now there are two kinds, and only two kinds. These two kinds are not prose and poetry, nor are they divided the one from the other by any differences of form or of subject. They are the inspiring kind and the informing kind. No other genuine division exists in literature. Emerson, I think, first clearly stated it. His terms were the literature of “power” and the literature of “knowledge.” In nearly all great literature the two qualities are to be found in company, but one usually predominates over the other. An example of the exclusively inspiring kind is Coleridge’s Kubla Khan. I cannot recall any first-class example of the purely informing kind. The nearest approach to it that I can name is Spencer’s First Principles, which, however, is at least once highly inspiring. An example in which the inspiring quality predominates is Ivanhoe; and an example in which the informing quality predominates is Hazlitt’s essays on Shakespeare’s characters. You must avoid giving undue preference to the kind in which the inspiring quality predominates or to the kind in which the informing quality predominates. Too much of the one is enervating; too much of the other is desiccating. If you stick exclusively to the one you may become a mere debauchee of the emotions; if you stick exclusively to the other you may cease to live in any full sense. I do not say that you should hold the balance exactly even between the two kinds. Your taste will come into the scale. What I say is that neither kind must be neglected.

Lamb is an instance of a great writer whom anybody can understand and whom a majority of those who interest themselves in literature can more or less appreciate. He makes no excessive demand either on the intellect or on the faculty of sympathetic emotion. On both sides of Lamb, however, there lie literatures more difficult, more recondite.  The “knowledge” side need not detain us here; it can be mastered by concentration and perseverance. But the “power” side, which comprises the supreme productions of genius, demands special consideration.  You may have arrived at the point of keenly enjoying Lamb and yet be entirely unable to “see anything in” such writings as Kubla Khan or Milton’s Comus; and as for Hamlet you may see nothing in it but a sanguinary tale “full of quotations.” Nevertheless it is the supreme productions which are capable of yielding the supreme pleasures, and which will yield the supreme pleasures when the pass-key to them has been acquired. This pass-key is a comprehension of the nature of poetry.