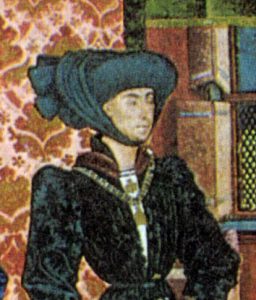 [This is taken from David N. Carvalho’s Forty Centuries of Ink, originally published in 1904.]

INK OF GRAY COLOR BELONGING TO THE SIXTEENTH CENTURY AND ITS CAUSES—INFLUENCE OF THE FATHERS OF THE CHURCH RESPECTING INK DURING THE DARK AGES—THE REFORMATION AND HOW IT AFFECTED MEDIAEVAL MSS.—REMARKS OF BALE ABOUT THEIR DESTRUCTION—QUAINT INK RECEIPT OF 1602–SELECTION FROM THE TWELFTH NIGHT RELATING TO PEN AND INK—GENERAL CONDITIONS WHICH OBTAINED UNTIL 1626–THE FRENCH GOVERNMENT AWARDS AN INK CONTRACT IN THAT YEAR—OTHER GOVERNMENTS ADOPT THE FRENCH FORMULA—INKS OF THE SEVENTEENTH CENTURY ALMOST PERFECT IN THEIR COLOR PHENOMENA—NO ADDED COLOR EMPLOYED IN THEIR MANUFACTURE.

THE gray color of most of the inks found on documents written in the sixteenth century is a noteworthy fact. Whence its cause is a matter for considerable speculation. The majority of these inks unquestionably belong to the “gall” class and if prepared after the formulas utilized in preceding centuries should indicate like color phenomena. As these same peculiarities exist on both paper, vellum and parchment, it cannot be attributed to their use.  Investigations in many instances of the writings indicate the exercise of a more rapid pen movement and a consequent employment of inks of greater fluidity than those of an earlier history. Such fluidity could only be obtained by a reduction of the quantity of gummy vehicles together with an increase of ink acidity. The acids which had theretofore been more or less introduced into inks, except oxalic acid, could not effect such results. Consequently, as the monuments of this gray ink phenomena are to be found belonging to all the portions of the Christian world, with a uniformity that is certainly remarkable, it becomes a fair deduction to assume that the making of inks bad passed into the hands of regular manufacturers who adulterated them with “added” color.

We can well believe that the influences which the fathers of the Church exerted during the thousand years known as the “Dark Ages,” in respect to ink and kindred subjects, must have been very great.  That they endeavored to perpetuate for the benefit of succeeding generations in book and other forms, this kind of information, which they distributed throughout the world we know to be true. Most of these sources of ink information, however, gradually disappeared as constituting a series of sad events in the unhappy war which followed their preparation.

The Reformation began in Germany in the first quarter of the sixteenth century, and with it the eighty years of continual religious warfare which followed. During this period the priceless MSS. books of information, historical, literary and otherwise, contained in the monastic libraries outside of Italy were burnt.

“In England cupidity and intolerance destroyed recklessly. Thus, after the dissolution of monastic establishments, persons were appointed to search out all missals, books of legends, and such ‘superstitious books’ and to destroy or sell them for waste paper; reserving only their bindings, when, as was frequently the case, they were ornamented with massive gold and silver, curiously chased, and often further enriched with precious stones; and so industriously had these men done their work, destroying all books in which they considered popish tendencies to be shown by illumination, the use of red letters, or of the Cross, or even by the—to them mysterious diagrams of mathematical problems— that when, some years later, Leland was appointed to examine the monastic libraries, with a view to the preservation of what was valuable in them, he found that those who had preceded him had left little to reward his search.”

Bale, himself an advocate for the dissolution of monasteries, says:

“Never had we bene offended for the losse of our lybraryes beyng so many in nombre and in so desolute places for the moste parte, yf the chief monuments and moste notable workes of our excellent wryters had bene reserved, yf there had bene in every shyre of Englande but one solemyne lybrary for the preservacyon of those noble workes, and preferrments of good learnyuges in our posteryte it had bene yet somewhat. But to destroye all without consyderacyon is and wyll be unto Englande for ever a most horryble infamy amonge the grave senyours of other natyons. A grete nombre of them wych purchased of those superstycyose mansyons reserved of those lybrarye bokes, some to serve theyr jaks, some to scoure theyr candelstyckes, and some to rubb theyr bootes . some they solde to the grossers and sope sellers, and some they sent over see to the bokebynders, not in small nombre, but at tymes whole shippesful. I knowa merchant man, whyche shall at thys tyme be namelesse, that boughte the content-, of two noble lybraryes for xl shyllyngs pryce, a shame it is to be spoken. Thys stuffe hathe he occupyed in the stide of greve paper for the space of more than these ten years, and yet hathe store ynough for as many years to come. A prodyguous example is thys, and to be abhorred of all men who love theyr n atyon as they shoulde do.”

Passing to later epochs, A. D. 1602, the following quaint receipt proves interesting as showing that the “gall” inks were well known at that time:

“To make common Ink, of Wine take a quart,
Two ounces of Gumme, let that be a part;
Five ounces of Galls, of Cop’res take three,
Long standing doth make it the better to be;
If Wine ye do want, raine water is best,
And then as much stuffe as above at the least,
If the Ink be too thick, put Vinegar in,
For water doth make the colour more dimme.”

Shakespeare in his Twelfth Night III, 2, has also referred to them in the following amusing strain:

“Go write it in a martial hand; be curst and brief; it is no matter how witty, so it be eloquent, and full of invention; taunt him with the license of ink; if thou thou’st him thrice, it shall nor be amiss; and as many lies as will lie on a sheet of paper, although the sheet were big enough for the bed of Ware in England, set ‘em down; go, about it. Let there be gall enough in thy ink, though thou write with a goose pen, no matter: about it.”

The general black ink conditions for a period of at least three hundred years, if we exclude the sixteenth century, had been but repetitions of each other.  They so remained until the year 1626, when the French government concluded an arrangement with a chemist by the name of Guyot, for the manufacture of a “gall” ink WITHOUT added color and which thereby guaranteed and insured more sameness in respect to desirable ink qualities. That government with a few modifications relative to the proportions of ingredients continued its employment, which was followed by the contemporaneous writers. Other governments later partially adopted the French formulas while some of them gave the matter no attention, although their records and those of the cities or towns not only of Europe but early America, the United States and Canada are found in most instances to have been written with an ink of this character.

Where prior to 1850, inks containing a different base (with the single exception of indigo) were used, they have either disappeared or nearly so and it is not an infrequent occurrence among those who are accustomed to examine old records to find that signatures or dates to valuable instruments, pages of writings and indeed sometimes the writings in an entire book are more or less obliterated.

The black inks of a large portion of the seventeenth century, on documents of every kind, are found to be nearly perfect as to color conditions, which is evidence of the extreme care used in their preparation and the exclusion of “added” color in ink manufacture.