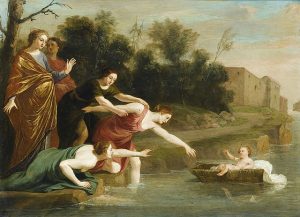 Moses had foreseen that so intractable and superstitious a people as the Israelites would not rest satisfied with the reasonable, pious, and supernatural means which he had procured them for discovering future events, by giving them prophets and the oracle of the high-priest. He knew that there would arise among them false prophets and seducers, who would endeavor by their illusions and magical secrets to mislead them into error; whence it was that he said to them: “If there should arise among you a prophet, or any one who boasts of having had a dream, and he foretells a wonder, or anything which surpasses the ordinary power of man, and what he predicts shall happen; and after that he shall say unto you, Come, let us go and serve the strange gods, which you have not known; you shall not hearken unto him, because the Lord your God will prove you,  to see whether you love Him with all your heart and with all your soul.”

Certainly, nothing is more likely to mislead us than to see what has been foretold by any one come to pass.

“Show the things that are to come,” says Isaiah, “that we may know that ye are gods. Let them come, let them foretell what is to happen, and what has been done of old, and we will believe in them,” etc. Idoneum testimonium divinationis, says Tertullian, veritas divinationis. And St. Jerome, Confitentur magi, confitentur arioli, et omnis scientia sæcularis litteraturæ, præescientiam futurorum non esse hominum, sed Dei.

Nevertheless, we have just seen that Moses acknowledges that false prophets can predict things which will happen. And the Savior warns us in the Gospel that at the end of the world several false prophets will arise, who will seduce many—”They shall show great signs and wonders, insomuch that, if it were possible, they shall deceive even the elect.” It is not, then, precisely either the successful issue of the event which decides in favor of the false prophet—nor the default of the predictions made by true prophets which proves that they are not sent by God.

Jonah was sent to foretell the destruction of Nineveh, which did not come to pass; and many other threats of the prophets were not put into execution, because God, moved by the repentance of the sinful, revoked or commuted his former sentence. The repentance of the Ninevites guarantied them against the last misfortune.

Isaiah had distinctly foretold to King Hezekiah that he would not recover from his illness: “Set thine house in order, for thou shalt die, and not live.” Nevertheless, God, moved with the prayer of this prince, revoked the sentence of death; and before the prophet had left the court of the king’s house, God commanded him to return and tell the king that God would add yet fifteen years to his life.

Moses assigns the mark of a true prophet to be, when he leads us to God and his worship—and the mark of a false prophet is, when he withdraws us from the Lord, and inclines us to superstition and idolatry. Balaam was a true prophet, inspired by God, who foretold things which were followed up by the event; but his morals were very corrupt, and he was extremely self-interested. He did everything he could to deserve the recompense promised him by the king of Moab, and to curse and immolate Israel. God did not permit him to do so; he put into his mouth blessings instead of curses; he did not induce the Israelites to forsake the Lord; but he advised the Moabites to seduce the people of God, and cause them to commit fornication, and to worship the idols of the country, and by that means to irritate God against them, and draw upon them the effects of his vengeance. Moses caused the chiefs among the people, who had consented to this crime, to be hung; and caused to perish the Midianites who had led the Hebrews into it. And lastly, Balaam, who was the first cause of this evil, was also punished with death.

In all the predictions of diviners or oracles, when they are followed by fulfillment, we can hardly disavow that the evil spirit intervenes, and discovers the future to those who consult him. St. Augustine, in his book de Divinatione Daemonum, or of predictions made by the evil spirit, when they are fulfilled, supposes that the demons are of an aerial nature, and much more subtle than bodies in general; insomuch that they surpass beyond comparison the lightness both of men and the swiftest animals, and even the flight of birds, which enables them to announce things that are passing in very distant places, and beyond the common reach of men. Moreover, as they are not subject to death as we are, they have acquired infinitely more experience than even those who possess the most among mankind, and are the most attentive to what happens in the world. By that means they can sometimes predict things to come, announce several things at a distance, and do some wonderful things; which has often led mortals to pay them divine honors, believing them to be of a nature much more excellent than their own.

But when we reflect seriously on what the demons predict, we may remark that often they announce nothing but what they are to do themselves. For God permits them, sometimes, to cause maladies, corrupt the air, and produce in it qualities of an infectious nature, and to incline the wicked to persecute the worthy. They perform these operations in a hidden manner, by resources unknown to mortals, and proportionate to the subtlety of their own nature. They can announce what they have foreseen must happen by certain natural tokens unknown to men, like as a physician foresees by the secret of his art the symptoms and the consequences of a malady which no one else can. Thus, the demon, who knows our constitution and the secret tendency of our humors, can foretell the maladies which are the consequences of them. He can also discover our thoughts and our secret wishes by certain external motions, and by certain expressions we let fall by chance, whence he infers that men would do or undertake certain things consequent upon these thoughts or inclinations.

But his predictions are far from being comparable with those revealed to us by God, through his angels, or the prophets; these are always certain and infallible, because they have for their principle God, who is truth; while the predictions of the demons are often deceitful, because the arrangements on which they are founded can be changed and deranged, when they least expect it, by unforeseen and unexpected circumstances, or by the authority of superior powers overthrowing the first plans, or by a peculiar disposition of Providence, who sets bounds to the power of the prince of darkness. Sometimes, also, demons purposely deceive those who have the weakness to place confidence in them. But, usually, they throw the fault upon those who have taken on themselves to interpret their discourses and predictions.

So says St. Augustine; and although we do not quite agree with him, but hold the opinion that souls, angels and demons are disengaged from all matter or substance, still we can apply his reasoning to evil spirits, even upon the supposition that they are immaterial—and own that sometimes they can predict the future, and that their predictions may be fulfilled; but that is not a proof of their being sent by God, or inspired by his Spirit. Even were they to work miracles, we must anathematize them as soon as they turn us from the worship of the true God, or incline us to irregular lives.