Outlines of English and American Literature 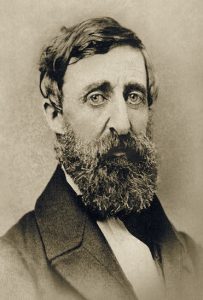 AN INTRODUCTION TO THE CHIEF WRITERS OF ENGLAND AND AMERICA, TO THE BOOKS THEY WROTE, AND TO THE TIMES IN WHICH THEY LIVED

This is the wey to al good aventure.—Chaucer

The last thing we find in making a book is to know what to put first.—Pascal

When an author has finished his history, after months or years of happy work, there comes a dismal hour when he must explain its purpose and apologize for its shortcomings.

The explanation in this case is very simple and goes back to a personal experience. When the author first studied the history of our literature there was put into his hands as a textbook a most dreary catalogue of dead authors, dead masterpieces, dead criticisms, dead ages; and a boy who knew chiefly that he was alive was supposed to become interested in this literary sepulchre or else have it said that there was something hopeless about him. Later he learned that the great writers of England and America were concerned with life alone, as the most familiar, the most mysterious, the most fascinating thing in the world, and that the only valuable or interesting feature of any work of literature is its vitality.

To introduce these writers not as dead worthies but as companionable men and women, and to present their living subject as a living thing, winsome as a smile on a human face,–such was the author’s purpose in writing this book.

The apology is harder to frame, as anyone knows who has attempted to gather the writers of a thousand years into a single volume that shall have the three virtues of brevity, readableness and accuracy. That this record is brief in view of the immensity of the subject is plainly apparent. That it may prove pleasantly readable is a hope inspired chiefly by the fact that it was a pleasure to write it, and that pleasure is contagious. As for accuracy, every historian who fears God or regards man strives hard enough for that virtue; but after all his striving, remembering the difficulty of criticism and the perversity of names and dates that tend to error as the sparks fly upward, he must still trust heaven and send forth his work with something of Chaucer’s feeling when he wrote:

Which may mean, to one who appreciates Chaucer’s wisdom and humor, that having written a little book in what seemed to him an unskilled or “unconning” way, he hesitated to give it to the world for dread of the “prees” or crowd of critics who, even in that early day, were wont to look upon each new book as a camel that must be put through the needle’s eye of their tender mercies.

In the selection and arrangement of his material the author has aimed to make a usable book that may appeal to pupils and teachers alike. Because history and literature are closely related (one being the record of man’s deed, the other of his thought and feeling) there is a brief historical introduction to every literary period. There is also a review of the general literary tendencies of each age, of the fashions, humors and ideals that influenced writers in forming their style or selecting their subject.  Then there is a biography of every important author, written not to offer another subject for hero-worship but to present the man exactly as he was; a review of his chief works, which is intended chiefly as a guide to the best reading; and a critical estimate or appreciation of his writings based partly upon first-hand impressions, partly upon the assumption that an author must deal honestly with life as he finds it and that the business of criticism is, as Emerson said, “not to legislate but to raise the dead.” This detailed study of the greater writers of a period is followed by an examination of some of the minor writers and their memorable works.  Finally, each chapter concludes with a concise summary of the period under consideration, a list of selections for reading and a bibliography of works that will be found most useful in acquiring a larger knowledge of the subject.

In its general plan this little volume is modeled on the author’s more advanced English Literature and American Literature; but the material, the viewpoint, the presentation of individual writers,–all the details of the work are entirely new. Such a book is like a second journey through ample and beautiful regions filled with historic associations, a journey that one undertakes with new companions, with renewed pleasure and, it is to be hoped, with increased wisdom. It is hardly necessary to add that our subject has still its unvoiced charms, that it cannot be exhausted or even adequately presented in any number of histories. For literature deals with life; and life, with its endlessly surprising variety in unity, has happily some suggestion of infinity.

CHAPTER I. INTRODUCTION: AN ESSAY OF LITERATURE

What is Literature? The Tree and the Book. Books of Knowledge and Books of Power. The Art of Literature. A Definition and Some Objections.

CHAPTER III. THE AGE OF CHAUCER AND THE REVIVAL OF LEARNING

Specimens of the Language. History of the Period. Geoffrey Chaucer.  Contemporaries and Successors of Chaucer. Langland and his Piers Plowman. Malory and his Morte d’ Arthur. Caxton and the First Printing Press. The King’s English as the Language of England. Popular Ballads. Summary of the Period. Selections for Reading. Bibliography.

Historical Background. Literary Characteristics of the Period. Foreign Influence. Outburst of Lyric Poetry. Lyrics of Love. Music and Poetry.  Edmund Spenser. The Rise of the Drama. The Religious Drama. Miracle Plays, Moralities and Interludes. The Secular Drama. Pageants and Masques. Popular Comedies. Classical and English Drama. Predecessors of Shakespeare.  Marlowe. Shakespeare. Elizabethan Dramatists after Shakespeare. Ben Jonson.  The Prose Writers. The Fashion of Euphuism. The Authorized Version of the Scriptures. Francis Bacon. Summary of the Period. Selections for Reading.  Bibliography.

CHAPTER V. THE PURITAN AGE AND THE RESTORATION

The Early English Novel. The Old Romance and the New Novel. Defoe.  Richardson. Fielding. Influence of the Early Novelists. Summary of the Period. Selections for Reading. Bibliography.

CHAPTER I. THE PIONEERS AND NATION-BUILDERS

CHAPTER III. THE PERIOD OF CONFLICT