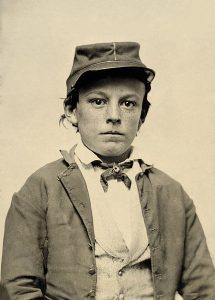 Memorial Day is an American holiday.  It is said that the observance of this day grew originally out of the custom of the widows, mothers, and children of the Confederate dead in the South strewing the soldiers’ graves with flowers, including the unmarked graves of the Union soldiers – a poignant image for all Americans. There was no settled date for this in the North until 1868, when General John A. Logan, as commander-in-chief of the Grand Army of the Republic, designated May 30th.  Later, Memorial Day was made a Monday holiday; as such, it is observed on the Monday closest to May 30th.

It should be borne in mind that, while a holiday, Memorial Day is not “celebrated.”  We’ve heard people say, “Happy Memorial Day” but this is the unpleasant equivalent of saying, “Have a happy time remembering your war dead.”  There is nothing wrong with getting together with friends and family on this date, but at least some small portion of the day should be set aside to solemnly honor those who died in the Civil War, those who have given their lives for their country in other wars, and veterans in general.

THE BOY IN GRAY

A Ballad for Memorial Day

Fredericksburg had had her fray,
And the armies stood at bay;
Back of wall, and top of hill,
Union men and men in gray
Glowered at each other still.

In the space between the two
Many a hapless boy in blue
Lay face upward to the skies;
Many another, just as true,
Filled the air with frantic cries.

“Love of God!” with pity stirred,
Cried a rebel lad who heard.
“This is more than I can bear!
General, only say the word,
They shall have some water there.”

“What’s the use?” his general,
Frowning, asked. “A Yankee ball
Drops you dead, or worse, half way,
Once you go beyond the wall.”
“May be!” said the boy in gray.

“Still I’ll risk it, if you please.”
And the senior, ill at ease,
Nodded, growling under breath,
“For his mortal enemies
I have sent the lad to death.”

Then a hotter fire began
As across the field he ran,—
Yankee shooters marked a prey,—
But beside each wounded man
Heedless knelt the boy in gray.

Parched lips hailed him as he came;
Throats with fever all aflame,
While the balls were spinning by,
Drained the cup he offered them,
Blessed him with their dying cry.

Suddenly, through rain of those
Pattering shots, a shout uprose;
Din of voices filled his ears;
Firing ceased, and eager foes
Made the welkin ring with cheers.

Foes they were, of bitter need,
Still to every noble deed
Hearts of men, thank God, must thrill;
And we thrill, too, as we read
Of those cheers on Marye’s Hill.

Days of battle long since done,
Days of peace and blessing won,
Better is it to forget
Cruel work of sword and gun:
But some deeds are treasures yet.

While a grateful nation showers
Graves of heroes with her flowers,
Here’s a wreath for one to-day:
North or South, we claim him ours—
Honor to the Boy in Gray!