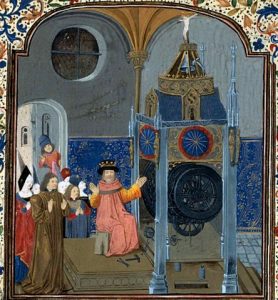 The law of opposites under which men live is very strikingly brought out in the endeavor to secure a sound and intelligent adjustment to one’s time,–a relation intimate and vital, and at the same time deliberately and judicially assumed. To be detached in thought, feeling, or action, from the age in which one lives, is to cut the ties that bind the individual to society, and through which he is very largely nourished and educated. To live deeply and really through every form of expression and in every relationship is so essential to the complete unfolding of the personality that he who falls below the full measure of his capacity for experience and for expression falls below the full measure of his possible growth. Life is not, as some men of detached moods or purely critical temper have assumed, a spectacle of which the secret can be mastered without sharing in the movement; it is rather a drama, the splendor of whose expression and the depth of whose meaning are revealed to those alone who share in the action. To stand aside from the vital movement and study life in a purely critical spirit is to miss the deeper education which is involved in the vital process, and to lose the fundamental revelation which is slowly and painfully disclosed to those whose minds and hearts are open to receive it. No one can understand love who has not loved and been loved; no one can comprehend sorrow who has not had the companionship of sorrow. The experiment has been made in many forms, but no one has yet been nourished by the fruit of the tree of knowledge who has eaten of that fruit alone. In the art of living, as in all the arts which illustrate and enrich living, the amateur and the dilettante have no real position; they never attain to that mastery of knowledge or of execution which alone give reality to a man’s life or work. Mastery in any art comes to those only who give themselves without reservation or stint to their task; mastery in the supreme art of living is within reach of those only who live completely in every faculty and relation.

To stand in the closest and most vital relation to one’s time is, therefore, the first condition of comprehending one’s age and getting from it what it has to give. But while a man must be in and with his time in the most vital sense, he must not be wholly of it. To get the vital enrichment which flows from identification with one’s age, and at the same time to get the detachment which enables one to see his time in true relation to all time, is one of the problems which requires the highest wisdom for its solution. It is easy to become entirely absorbed in one’s age, or it is easy to detach one’s self from it, and study it in a cold and critical temper; but to get its warmth and vitality and escape its narrowing and limiting influence is so difficult that comparatively few men succeed in striking the balance between two divergent tendencies.

A man gets power and knowledge from his time in the degree in which he suffers it to enlarge and vitalize him; he loses power and knowledge in the degree in which he suffers it to limit his vision and confine his interests. The Time Spirit is the greatest of our teachers so long as it is the interpreter of the Eternal Spirit; it is the most fallible and misleading of teachers when it attempts to speak for itself. The visible and material things by which we are surrounded are of immense helpfulness so long as they symbolize invisible and spiritual things; they become stones of stumbling and rocks of offence when they are detached from the spiritual order and set apart in an order of their own. The age in which we live affords a concrete illustration of the vital processes in society and means of contact with that society, but it is comprehensible and educative in the exact degree in which we understand its relation to other times. The impression which the day makes upon us needs to be tested by the impression which we receive from the year; the judgment of a decade must be corrected by the judgment of the century. The present hour is subtly illusive; it fills the whole stage, to the exclusion of the past and the present; it appears to stand alone, detached from all that went before or is to follow; it seems to be the historic moment, the one reality amid fleeting shadows. As a matter of fact, it is a logical product of the past, bound to it by ties so elusive that we cannot trace them, and so numerous and tenacious that we cannot sever them; it is but a fragment of a whole immeasurably greater than itself; its character is so completely determined by the past that the most radical changes we can make in it are essentially superficial; for it is the future, not the present, which is in our hands. To get even a glimpse of the character and meaning of our own time, we must, therefore, see it in relation to all time; to master it in any sense we must set it in its true historical relations. That which to the uneducated mind seems portentous is lightly regarded by the mind which sees the apparently isolated event in a true historic perspective; while the occurrence or condition which is barely noticed by the untrained, seen in the same perspective, becomes tragic in its prophecy of change and suffering. History is full of corrections of the mistaken judgments of the hour; and from the hate or adoration of contemporaries, the wise man turns to the clear-sighted and inexorable judgment of posterity. In the far-seeing vision of a trained intelligence the hour is never detached from the day, nor the day from the year; and the year is always held in its place in the century.

Now, the man of culture has pre-eminently the gift of living deeply in his own age, and at the same time of seeing it in relation to all ages. It has no illusion for him; it cannot deceive him with its passionate acceptance or its equally passionate rejection. He sees the crown shining above the cross; he hears the long thunders of applause breaking in upon execrations which they will finally silence; he foresees the harvest in the seed that lies barely covered on the surface; and, afar off, his ear notes the final crash of that which at the moment seems to carry with it the assurance of eternal duration. Such a man secures the vitality of his time, but he escapes its limitation of vision by seeing it clearly and seeing it whole; he corrects the teaching of the time spirit by constant reference to the teaching of the Eternal Spirit imparted in the long training and the wide revelation of history. The day is beautiful and significant, or ominous and tragic, to him as it discloses its relation to the good or the evil of the years that are gone. And these vital associations, these deep historic connections, are brought to light with peculiar clearness in literature. Beyond all other means of enfranchisement, the book liberates a man from imprisonment within the narrow limits of his own time; it makes him free of all times. He lives in all periods, under all forms of government, in all social conditions; the mind of antiquity, of medievalism, of the Renaissance, is as open to him as the mind of his own day, and so he is able to look upon human life in its entirety.