Interest in the Arts 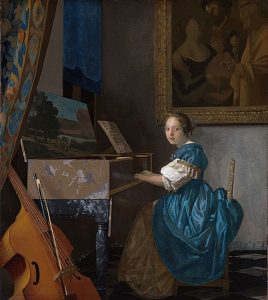 [Note: This is taken from Arnold Bennett’s How to Live on 24 Hours a Day.]

Many people pursue a regular and uninterrupted course of idleness in the evenings because they think that there is no alternative to idleness but the study of literature; and they do not happen to have a taste for literature.  This is a great mistake.

Of course it is impossible, or at any rate very difficult, properly to study anything whatever without the aid of printed books.  But if you desire to understand the deeper depths of bridge or of boat-sailing you would not be deterred by your lack of interest in literature from reading the best books on bridge or boat-sailing.  We must, therefore, distinguish between literature, and books treating of subjects not literary.  I shall come to literature in due course.

Let me now remark to those who have never read Meredith, and who are capable of being unmoved by a discussion as to whether Mr. Stephen Phillips is or is not a true poet, that they are perfectly within their rights. It is not a crime not to love literature.  It is not a sign of imbecility.  The mandarins of literature will order out to instant execution the unfortunate individual who does not comprehend, say, the influence of Wordsworth on Tennyson.  But that is only their impudence.  Where would they be, I wonder, if requested to explain the influences that went to make Tschaikovsky’s “Pathetic Symphony”?

There are enormous fields of knowledge quite outside literature which will yield magnificent results to cultivators.  For example (since I have just mentioned the most popular piece of high-class music in England to-day), I am reminded that the Promenade Concerts begin in August. You go to them.  You smoke your cigar or cigarette (and I regret to say that you strike your matches during the soft bars of the “Lohengrin” overture), and you enjoy the music.  But you say you cannot play the piano or the fiddle, or even the banjo; that you know nothing of music.

What does that matter?  That you have a genuine taste for music is proved by the fact that, in order to fill his hall with you and your peers, the conductor is obliged to provide programmes from which bad music is almost entirely excluded (a change from the old Covent Garden days!).

Now surely your inability to perform “The Maiden’s Prayer” on a piano need not prevent you from making yourself familiar with the construction of the orchestra to which you listen a couple of nights a week during a couple of months!  As things are, you probably think of the orchestra as a heterogeneous mass of instruments producing a confused agreeable mass of sound.  You do not listen for details because you have never trained your ears to listen to details.

If you were asked to name the instruments which play the great theme at the beginning of the C minor symphony you could not name them for your life’s sake.  Yet you admire the C minor symphony.  It has thrilled you.  It will thrill you again.  You have even talked about it, in an expansive mood, to that lady—you know whom I mean.  And all you can positively state about the C minor symphony is that Beethoven composed it and that it is a “jolly fine thing.”

Now, if you have read, say, Mr. Krehbiel’s “How to Listen to Music” (which can be got at any bookseller’s for less than the price of a stall at the Alhambra, and which contains photographs of all the orchestral instruments and plans of the arrangement of orchestras) you would next go to a promenade concert with an astonishing intensification of interest in it.  Instead of a confused mass, the orchestra would appear to you as what it is—a marvellously balanced organism whose various groups of members each have a different and an indispensable function.  You would spy out the instruments, and listen for their respective sounds.  You would know the gulf that separates a French horn from an English horn, and you would perceive why a player of the hautboy gets higher wages than a fiddler, though the fiddle is the more difficult instrument.  You would live at a promenade concert, whereas previously you had merely existed there in a state of beatific coma, like a baby gazing at a bright object.

The foundations of a genuine, systematic knowledge of music might be laid. You might specialise your inquiries either on a particular form of music (such as the symphony), or on the works of a particular composer.  At the end of a year of forty-eight weeks of three brief evenings each, combined with a study of programmes and attendances at concerts chosen out of your increasing knowledge, you would really know something about music, even though you were as far off as ever from jangling “The Maiden’s Prayer” on the piano.

What applies to music applies to the other arts.  I might mention Mr. Clermont Witt’s “How to Look at Pictures,” or Mr. Russell Sturgis’s “How to Judge Architecture,” as beginnings (merely beginnings) of systematic vitalising knowledge in other arts, the materials for whose study abound in London.

“I hate all the arts!” you say.  My dear sir, I respect you more and more.

I will deal with your case next, before coming to literature.