The Case for Imperfection 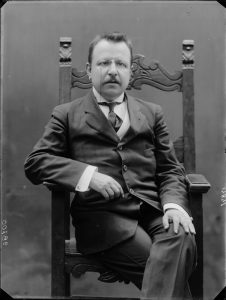 From the frequency with which all of us have to ask indulgence for our share of human frailty, one would think that the uncompromising moralist would be a hard man to find. Yet we meet him at every turn in the road.  To the excessive annoyance of people of good sense, and to the torture and discouragement of simple-minded saintly souls, he is always on hand, ready, however loath we are to follow his pointing finger, to turn the storied fabric we have been admiring and compel us to note the crude design on the under-side. Here are men reputed to be “strong”; but this deep-seeing critic can show how really “weak” they are. Here is an act we may have thought courageous: he will lay bare one by one the fears and shrinkings leading up to it–expert in ferreting out selfishness and meanness where we have seen nobility and virtue. How often during the late war [World War I] were we reminded–on the chance that we might have forgotten–that war really has no heroes: that the soldier goes forward because he dares not run away; that he is usually so crushed spiritually and physically, that life and death are alike indifferent to him; that vanity, rather than devotion, prompts many of the feats we call sublime.

The worst of it is that, for the most part, such criticisms taken one by one are unanswerable and true. But the truth they convey, instead of enlightening us and giving us courage and joy–the normal effect of any serious dictum of truth–fills our minds with confusion and our hearts with gloom; and we feel somehow that all we have heard is true enough, but at the same time utterly false.

To what conclusions, in fact, are we carried along such lines? To the denial that good exists? But the human soul in every one of its impulses affirms the reality of the good–on no other premise would it function at all. To such an exalted concept of the good that it cannot be attained in this world? But an ideal that can be actualized only beyond the sphere of human life is no ideal at all–it is just a futile fancy. To depreciation of a mean and miserable present with reference to a glorious past, or of past and present with reference to a radiant future? But the very same forces operative in the present have been operative in the past and will be operative in the future (reality is always one!).

The truth is that we get nowhere; and the whole argument, therefore, is certainly false. According the perfectionist a justice and a mercy he does not show his neighbor, we may overlook the psychological motivations, often base enough, which underlie his censoriousness. It is sufficient to expose the misapprehension that vitiates all his thinking: his concept of a perfect virtue, which, to be thus perfect, must come into being instantaneously and proceed, in a straight line, without hesitation, slip, or compromise, to the end–perfect in its inception, perfect in its process, perfect in its completion. One gets the picture of a gymnast executing a somersault backward, and then presenting himself to the applause of an admiring throng; as though virtue obtained its full reward only as it has passed an examination and received solemn approval from the critical as something absolutely above reproach!

A beautiful conception of conduct indeed, unless we choose to call it the ugliest imaginable. Beautiful as a mechanism, but  disgustingly ugly as a living vital thing; beautiful as an abstraction, but ugly as a reality; beautiful as something which does not exist in the eyes of people silly enough to like non-existing things; but ugly for people who demand, as a prerequisite of their worship, that the thing they worship have one plain, common, ordinary attribute: existence.

Life, as we all know, is not perfect, for the very reason that it is life, development therefore, progression, struggle, change. Only the non-living, the dead, the fixed, the changeless, may be called “perfect.” On what does the morality of the moral act or intention depend, and from what does it arise? From nothing? From a sudden gesture or insurgence in the void? Or is it not rather an engraftment on the trunk of our special impulses and individual passions, hot with the blood of life, grimy with the grime of life, of which it is not a negation but a function and an expression? Morality is this last and nothing else. Morality is born only of struggle, and struggle implies hesitation, wavering, yielding, failure, defeat; all of which mean not inertness but struggle anew; so that from defeat we return to new effort, we regain lost ground, we progress, we go beyond the level from which we fell; then we fail again, and we recover again, and again, and again, and again, each failure leading to a higher and higher recovery.

And sometimes the enemies we are fighting–our passions, our selfish interests in the things we selfishly desire–are so strong and so aggressive that we dare not or cannot meet them face to face. So we compromise, consenting to give battle on their lower level, meeting them on their own ground and on their own terms, trying to weaken them by setting one off against the other. More of us than are aware of it carry on struggles of just this kind. How many of us do our best things or refrain from doing our worst, in order to win the applause and the rewards that virtue brings, or to avoid public disapproval, or to win the smile of a woman we love, or to spite a rival whom we would force to recognize our merit and success?

What wonder that the soldier should require dire punishments to ensure his courage under fire? Even the man attracted to letters and art by a powerful inspiration often finds his spirit failing and has to resort to expedients and constraints. Alfieri certainly had the “tragic fury” if any one ever had; yet he wearied under the long strain of writing his plays; and to keep at his work he would have his head clipped, so that he would not dare go out of doors; and at other times, he would have his valet tie him into his chair. And what were these, from the perfectionist’s point of view, but compromises–ennobled after a fashion by the end they held in view? They are of course directly opposite to the “directions of intent”–the “lines of least resistance”–of Jesuitical ethics. For the Jesuitical compromise adapted ideals to personal interest or convenience; whereas Alfieri’s devices pressed lower motivations into the service of the higher.

“Swallow or strangle” says an Italian proverb of the dolorous alternative. And when we compromise, in such ways, we choose to swallow rather than to strangle. Compromise operates in the moral life as the temporary expedient. It is the drug in the crisis of fever. It is the prop under the falling wall. True ethical culture strives to consolidate and enlarge the domain of the moral will, to make it over into a habit or virtue which will have less and less need of compromises and of less and less serious ones, transforming the compromise which is an alliance between the high and low in us into a compromise which means mastery of the higher over the lower. When a man has accomplished this transformation, he is a good man, an upright man, a hero, a saint.

But he is such only in the eyes of the world, in the eyes of other people; and that is why all heroism, all saintliness, all virtue, has a deal of legend attached to it. In his own conscience the hero does not see himself as heroic, nor the saint as saintly, nor the good man as good. Where others fail to observe defects he is perfectly aware of them. Where others fail to see impurities, he feels them and is ashamed of them. Where others find only courage he remembers fear and trembling.  And that is why the saint has his scruples and his crises of remorse, why the good man is humble and charitable, and the hero modest and unassuming.

“In the eyes of other people,” I said; but I meant, of course, people of good sense and charitableness, or simple-minded reverent souls, for our fault-finding perfectionists, on their part, never see anything but defects, weaknesses and impurities. And in this they think they are very discerning, whereas in reality they are very obtuse, if obtuseness consist in losing sight of the action in the maze of its incidents, of the big in the little, of the drama of world-building humanity in the waverings, faintings, and set-backs that attend every fruitful effort of the race. They think as they do because they have that particular ideal in mind–the jack-in-the-box ideal of pure and perfect virtue. It is a logical mechanism, we must admit, solidly constructed of sound and elastic steel. But we do not like men of steel, however sound and elastic. We prefer men of flesh and blood. And that is why we reverently embrace the only virtue that is real, the only virtue that is virtue, the virtue, in other words, that is imperfect.