100 Greatest Rock Songs of All Time 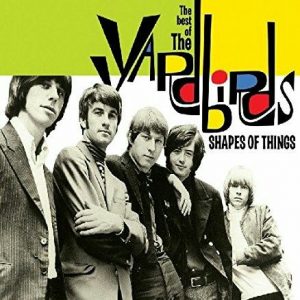 I can still stake some sort of a claim to being a knowledgeable source of rock music, based largely on the fact that I lived through (and stayed awake for most of) the “classic rock” era.  If you did, too, then maybe I saw you at one of the concerts; Grand Funk Railroad at Shea Stadium, or Jethro Tull at The Fillmore East, a few weeks before that hallowed hall forever closed its doors.  Those really were the days, man . . .

It occurs to me, as I write this, that many alive now think radios always came with FM and AM; I know differently.  Most radios back in the 1960’s were AM-only, since FM broadcasting was reserved for primarily classical music, which few in America listened to.  Then The Doors’ Light My Fire came along.  AM radios adhered to a 3-minute rule for songs, and so only played the 3-minute version of Light My Fire, which simply eliminated the instrumental solo.  But a few groundbreaking radio stations (I listened to WNEW-FM in New York) played the full song, which lasted six or seven minutes.  Suddenly, we all had to have FM radios.  But I digress . . .

It’s impossible, of course, to truly put together a list such as the one below that would satisfy everyone.  Music is personal.  I’m more than willing to listen to suggestions, but if you do send an e-mail, please make it a polite one; the fact that your favorite song isn’t on the list shouldn’t be taken as a personal affront.  Besides, there are some who may not appreciate the classic sound of The Archies the way you do . . . 🙂

Like I said, not everyone will agree, and the order of the songs is almost a moot point when listing such great music, but I doubt you could go wrong by assembling this group of songs for your listening pleasure.  (Don’t tell me these songs aren’t on your iPod!)  And if I’ve reminded you of a few you’d forgotten, or encouraged you to go out and listen to one or two you might not have heard, then my task is accomplished.

PS – Thanks to a reader for suggesting Dion and the Belmonts.

A reader from Britain recently wrote and asked why Back in Black by AC/DC wasn’t on the list.  I’m sorry to admit that I don’t know the song.  Maybe I’m too old . . .

He also asked “why do all these lists include not rock songs…” which is, I think, a good question.  Rock has always been difficult to define, which is why people are always trying to create sub-genres, like classic rock, folk rock, etc.

A good bit of what we might consider rock music is simply blues music.  Two of Cream’s biggest hits were “Crossroads,” by Robert Johnson, and “Spoonful,” by Willie Dixon.  The Rolling Stones, especially in their early days, were heavily blues-influenced.  (Am I the only one who realizes that Mick Jagger has spent his entire musical career imitating the song stylings of African-American women?)  You can hear a lot of blues music by listening to the Spencer Davis Group and, of course, Cream’s most famous band member, Clapton.  Even Jethro Tull did a version of “Stormy Monday.”  (Not great – don’t rush right out to find it.)  Back to Cream – what about “Born Under a Bad Sign”?

The Grateful Dead did, “Turn on Your Love Light,” which had previously been recorded by James Cotton.  Rock or blues?  The Dead also did a song about teaching that weeping willow how to cry, cry cry . . . rock or country?  The Byrds were almost always a folk/country/rock mix, which was inevitable, given the deep folk roots of their founders.  Is Dylan folk or rock?  It’s hard – some might say semi-blasphemous – to exclude him from either group.

The Moody Blues tried to be classical/rock, and so did, in a way, ELO.

One could go on, ad infinitum.

Lastly, there is the question of rock versus “easy listening.”  My only observation here is that some songs we might today regard as being “easy listening” were once clearly regarded as rock songs.  Perceptions change over time.

Update – Thanks to recent input from a correspondent, a few changes have been made – notably, The Police and U-2 are now represented, as they should probably always have been.  However, we remain unrepentant for rating The Kinks as highly as we do….

A reader from Denver recently wrote, “I don’t agree totally with your list; it is however, probably more accurate than most I have seen. One song always seems to stand out in my mind as I read these lists. That is “I’d Love to Change the World” by Ten Years After. I don’t find it on many lists and did not find it on yours. I think that song rocks pretty hard and is a great anthem of that time as well.”  This is a good point, and brought to mind Ten Years After’s other great song, “I’m Going Home,” which was probably one of the better tunes performed at Woodstock.  I didn’t change the list to add Ten Years After (at least not yet), but the group certainly deserves to be remembered more than it is today, and you couldn’t really go wrong adding a few of their songs to your iPod.  Thanks to J.Y. for the memory jog.

It’s More Than a Feeling

I was in a fairly mellow (some might say comatose) mood when I first made up the list years ago, and over time most of the not-really-anything-remotely-like-rock songs on the list from that early period have been removed and replaced.  So I was surprised when reader S.B. wrote and said, “Pretty good list, but Bread and Melanie don’t belong on it.”  Bread?  Melanie?  Still there?  (If you’re curious, the two songs were “Lost Without Your Love” and “Lay Down, Lay Down,” respectively.)  S.B. suggested three possible replacements, the first two of which are now on the list: “More Than a Feeling,” by Boston; “All Along the Watchtower,” by Hendrix; and “Who Are You,” by the Who.  The Who are already fairly well represented on the list, they were never great musicians anyway, and I just simply liked the first two choices better.  Thanks, S.B.!

Reader A.S. wrote in to suggest the Hollies’ “Long Cool Woman in a Black Dress,” and I thought, “That must be on the list – it’s a great song!”  But it wasn’t, so I added it, replacing Aretha Franklin’s “Respect,” which is also a fine song, but technically R&B and not rock.  Thanks, A.S.!

Maybe it’s age, but more and more I’ve been going back to the Sixties when listening to music.  A group of younger coworkers tried to place me music-wise recently with, “I guess you were into the Beatles, huh?”  It was hard to get across to them that, while the Beatles were indeed big in the Sixties, there was so much going on musically besides the Fab Four.  So anyway, I’ve made some changes on the list.  I took out the Kinks’ Lola from Spot 40 (great song, but the Kinks are already very well-represented on the list), and replaced it with The Left Banke’s Walk Away Renee (not Just Walk Away Renee, which I always thought was the title).  Someone once told me that the original members of the Left Banke were from Glen Oaks in Queens, New York, where I spent my adolescent years, but that’s another story, and not the reason I put the song on the list.

I also changed out Spot 57, replacing the Yardbirds’ For Your Love (great song) with the Yardbirds’ Heart Full of Soul (perhaps greater song).  If you’re into the Yardbirds – and as a rock aficionado, it would be hard not to be – be sure to also give a listen to their song, Over, Under, Sideways, Down.  I’d listened to Elvis and others as a small child, but Over, Under, Sideways, Down was the first song that really made an impression on me.  (The second was Eve of Destruction.  My parents despaired.)