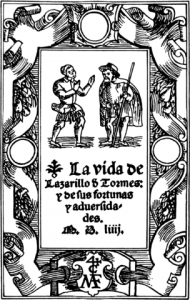 I was not only reading many books besides Thackeray’s, but I was studying to get a smattering of several languages as well as I could, with or without help. I could now manage Spanish fairly well, and I was sending on to New York for authors in that tongue. I do not remember how I got the money to buy them; to be sure it was no great sum; but it must have been given me out of the sums we were all working so hard to make up for the debt, and the interest on the debt (that is always the wicked pinch for the debtor!), we had incurred in the purchase of the newspaper which we lived by, and the house which we lived in.  I spent no money on any other sort of pleasure, and so, I suppose, it was afforded me the more readily; but I cannot really recall the history of those acquisitions on its financial side. In any case, if the sums I laid out in literature could not have been comparatively great, the excitement attending the outlay was prodigious.

I know that I used to write on to Messrs. Roe Lockwood & Son, New York, for my Spanish books, and I dare say that my letters were sufficiently pedantic, and filled with a simulated acquaintance with all Spanish literature. Heaven knows what they must have thought, if they thought anything, of their queer customer in that obscure little Ohio village; but he could not have been queerer to them than to his fellow-villagers, I am sure. I haunted the post-office about the time the books were due, and when I found one of them in our deep box among a heap of exchange newspapers and business letters, my emotion was so great that it almost took my breath. I hurried home with the precious volume, and shut myself into my little den, where I gave myself up to a sort of transport in it.  These books were always from the collection of Spanish authors published by Baudry in Paris, and they were in saffron-colored paper cover, printed full of a perfectly intoxicating catalogue of other Spanish books which I meant to read, every one, some time. The paper and the ink had a certain odor which was sweeter to me than the perfumes of Araby. The look of the type took me more than the glance of a girl, and I had a fever of longing to know the heart of the book, which was like a lover’s passion. Some times I did not reach its heart, but commonly I did. Moratin’s ‘Origins of the Spanish Theatre,’ and a large volume of Spanish dramatic authors, were the first Spanish books I sent for, but I could not say why I sent for them, unless it was because I saw that there were some plays of Cervantes among the rest. I read these and I read several comedies of Lope de Vega, and numbers of archaic dramas in Moratin’s history, and I really got a fairish perspective of the Spanish drama, which has now almost wholly faded from my mind. It is more intelligible to me why I should have read Conde’s ‘Dominion of the Arabs in Spain;’ for that was in the line of my reading in Irving, which would account for my pleasure in the ‘History of the Civil Wars of Granada;’ it was some time before I realized that the chronicles in this were a bundle of romances and not veritable records; and my whole study in these things was wholly undirected and unenlightened. But I meant to be thorough in it, and I could not rest satisfied with the Spanish-English grammars I had; I was not willing to stop short of the official grammar of the Spanish Academy.  I sent to New York for it, and my booksellers there reported that they would have to send to Spain for it. I lived till it came to hand through them from Madrid; and I do not understand why I did not perish then from the pride and joy I had in it.

But, after all, I am not a Spanish scholar, and can neither speak nor write the language. I never got more than a good reading use of it, perhaps because I never really tried for more. But I am very glad of that, because it has been a great pleasure to me, and even some profit, and it has lighted up many meanings in literature, which must always have remained dark to me. Not to speak now of the modern Spanish writers whom it has enabled me to know in their own houses as it were, I had even in that remote day a rapturous delight in a certain Spanish book, which was well worth all the pains I had undergone to get at it. This was the famous picaresque novel, ‘Lazarillo de Tormes,’ by Hurtado de Mendoza, whose name then so familiarized itself to my fondness that now as I write it I feel as if it were that of an old personal friend whom I had known in the flesh. I believe it would not have been always comfortable to know Mendoza outside of his books; he was rather a terrible person; he was one of the Spanish invaders of Italy, and is known in Italian history as the Tyrant of Sierra. But at my distance of time and place I could safely revel in his friendship, and as an author I certainly found him a most charming companion. The adventures of his rogue of a hero, who began life as the servant and accomplice of a blind beggar, and then adventured on through a most diverting career of knavery, brought back the atmosphere of Don Quixote, and all the landscape of that dear wonder-world of Spain, where I had lived so much, and I followed him with all the old delight.

I do not know that I should counsel others to do so, or that the general reader would find his account in it, but I am sure that the intending author of American fiction would do well to study the Spanish picaresque novels; for in their simplicity of design he will find one of the best forms for an American story. The intrigue of close texture will never suit our conditions, which are so loose and open and variable; each man’s life among us is a romance of the Spanish model, if it is the life of a man who has risen, as we nearly all have, with many ups and downs. The story of ‘Latzarillo’ is gross in its facts, and is mostly “unmeet for ladies,” like most of the fiction in all languages before our times; but there is an honest simplicity in the narration, a pervading humor, and a rich feeling for character that gives it value.

I think that a good deal of its foulness was lost upon me, but I certainly understood that it would not do to present it to an American public just as it was, in the translation which I presently planned to make. I went about telling the story to people, and trying to make them find it as amusing as I did, but whether I ever succeeded I cannot say, though the notion of a version with modifications constantly grew with me, till one day I went to the city of Cleveland with my father. There was a branch house of an Eastern firm of publishers in that place, and I must have had the hope that I might have the courage to propose a translation of Lazarillo to them. My father urged me to try my fortune, but my heart failed me. I was half blind with one of the headaches that tormented me in those days, and I turned my sick eyes from the sign, “J. P. Jewett & Co., Publishers,” which held me fascinated, and went home without at least having my much-dreamed-of version of Lazarillo refused.

This is taken from My Literary Passions.