The Culture Element in Fiction 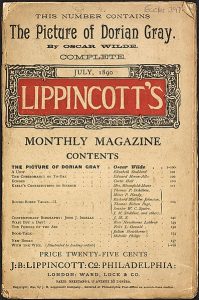 One of the chief elements in fiction which make for culture is, primarily, its disclosure of the elementary types of character and experience. A single illustration of this quality will suggest its presence in all novels of the first rank and its universal interest and importance. The aspirations, dreams, devotions, and sacrifices of men are as real as their response to self-interest or their tendency to the conventional and the commonplace; and they are, in the long run, a great deal more influential. They have wider play; they are more compelling; and they are of the very highest significance, because they spring out of that which is deepest and most distinctive in human nature. A host of men never give these higher impulses, these spiritual aptitudes and possibilities, full play; but they are in all men, and all men recognize them and crave an expression of them. Nothing is truer, on the lowest and most practical plane, than the old declaration that men do not live by bread alone; they sometimes exist on bread, because nothing better is to be had at the moment; but they live only in the full and free play of all their activities, in the complete expression not only of what is most pressing in interest and importance at a given time, but of that which is potential and possible at all times.

The novel of romance and adventure has had a long history, and the elements of which it is compounded are recognizable long before they took the form of fiction. Two figures appear and reappear in the mythology of every poetic people,—the hero and the wanderer; the man who achieves and the man who experiences; the man who masters life by superiority of soul or body, and the man who masters it by completeness of knowledge. It is interesting and pathetic to find how universally these two figures held the attention and stirred the hearts of primitive men; how infinitely varied are their tasks, their perils, and their vicissitudes. They wear so many guises, they bear so many names, they travel so far and compass so much experience that it is impossible, in any interpretation of mythology, to escape the conviction that they were the dominant types in the thought of the myth-makers. And these earliest story-makers were not idle dreamers, entertaining themselves by endless manufacture of imaginary incidents, conditions, and persons. They were, on the contrary, the observers, the students, the scientists of their period; their endeavor was not to create a fiction, but to explain the world and themselves. Their observation was imperfect, and they made ludicrous mistakes of fact because they lacked both knowledge and training; but they made free use of the creative faculty, and there is, consequently, a good deal more truth in their daring guesses than in many of those provisional explanations of nature and ourselves which have been based too exclusively on scrutiny of the obvious fact, and indifference to the fact, which is not less a fact because it is elusive.

The myth-makers endeavored to explain the world, but that was only one-half of their endeavor; they attempted also to explain themselves. They discovered the striking analogies between certain natural phenomena or processes and the phenomena and processes of their own nature; they discovered the tasks and wanderings of the sun, and they perceived the singular resemblance of these tasks and wanderings to the happenings of their own lives. So the hero and the wanderer became subjective as well as objective, and symbolized what was deepest and most universal in human nature and human experience, as well as what was most striking in the external world. When primitive men looked into their hearts and their experience, they found their deepest hopes, longings, and possibilities bound up and worked out in two careers,—the career of the hero and the career of the wanderer.

These two figures became the commanding types of all the nobler mythologies, because they symbolized what was best, deepest, and most real in human nature and life. They represent the possible reach and the occasional achievement of the human soul; they stand for that which is potential as well as for that which is actual in human experience. Few men achieve or experience on a great scale; but these few are typical, and are, therefore, transcendent in interest. The average commonplace man fills great space in contemporary history, as in the history of all times, and his character and career are well worth the closest study and the finest art of the writer; but the average man, who never achieves greatly, and to whom no striking or dramatic experience comes, has all the possibilities of action and suffering in his nature, and is profoundly interested in these more impressive aspects of life. Truth to fact is essential to all sound art, but absolute veracity involves the whole truth,—the truth of the exceptional as well as of the average experience; the truth of the imagination as well as of observation.

The hero and the wanderer are still, and always will be, the great human types; and they are, therefore, the types which will continue to dominate fiction; disappearing at times from the stage which they may have occupied too exclusively, but always reappearing in due season,—the hero in the novel of romance, the wanderer in the novel of adventure. These figures are as constant in fiction as they were in mythology; from the days of the earliest Greek and Oriental stories to these days of Stevenson and Barrie, they have never lost their hold on the imagination of the race. When the sense of reality was feeble, these figures became fantastic, and even ridiculous; but this false art was the product of an unregulated, not of an illegitimate, exercise of the imagination; and while “Don Quixote” destroyed the old romance of chivalry, it left the instinct which produced that romance untouched. As the sense of reality becomes more exacting and more general, the action of the imagination is more carefully regulated; but it is not diminished, either in volume or in potency. Men have not lost the power of individual action because society has become so highly developed, and the multiplication of the police has not materially reduced the tragic possibilities of life. There is more accurate and more extensive knowledge of environment than ever before in the history of the race, but temperament, impulse, and passion remain as powerful as they were in primitive men; and tragedy finds its materials in temperament, impulse, and passion, much more frequently than in objective conditions and circumstances.

The soul of man has passed through a great education, and has immensely profited by it; but its elemental qualities and forces remain unchanged. Two things men have always craved,—to come to close quarters with life, and to do something positive and substantial. Self-expression is the prime need of human nature; it must know, act, and suffer by virtue of its deepest instincts. The greater and richer that nature, the deeper will be its need of seeing life on many sides, of sharing in many kinds of experience, of contending with multiform difficulties. To drink deeply of the cup of life, at whatever cost, appears to be the insatiable desire of the most richly endowed men and women; and with such natures the impulse is to seek, not to shun, experience. And that which to the elect men and women of the race is necessary and possible is not only comprehensible to those who cannot possess it: it is powerfully and permanently attractive. There is a spell in it which the dullest mortal does not wholly escape.