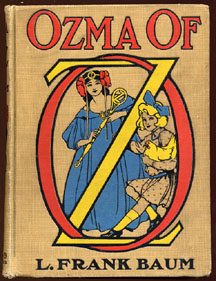 The large majority of our fellow-citizens care as much about literature as they care about aeroplanes or the programme of the Legislature. They do not ignore it; they are not quite indifferent to it. But their interest in it is faint and perfunctory; or, if their interest happens to be violent, it is spasmodic. Ask the two hundred thousand persons whose enthusiasm made the vogue of a popular novel ten years ago what they think of that novel now, and you will gather that they have utterly forgotten it, and that they would no more dream of reading it again than of reading Bishop Stubbs’s Select Charters.  Probably if they did read it again they would not enjoy it—not because the said novel is a whit worse now than it was ten years ago; not because their taste has improved—but because they have not had sufficient practice to be able to rely on their taste as a means of permanent pleasure. They simply don’t know from one day to the next what will please them.

In the face of this one may ask: Why does the great and universal fame of classical authors continue? The answer is that the fame of classical authors is entirely independent of the majority. Do you suppose that if the fame of Shakespeare depended on the man in the street it would survive a fortnight? The fame of classical authors is originally made, and it is maintained, by a passionate few. Even when a first-class author has enjoyed immense success during his lifetime, the majority have never appreciated him so sincerely as they have appreciated second-rate men. He has always been reinforced by the ardour of the passionate few. And in the case of an author who has emerged into glory after his death the happy sequel has been due solely to the obstinate perseverance of the few. They could not leave him alone; they would not. They kept on savoring him, and talking about him, and buying him, and they generally behaved with such eager zeal, and they were so authoritative and sure of themselves, that at last the majority grew accustomed to the sound of his name and placidly agreed to the proposition that he was a genius; the majority really did not care very much either way.

And it is by the passionate few that the renown of genius is kept alive from one generation to another. These few are always at work.  They are always rediscovering genius. Their curiosity and enthusiasm are exhaustless, so that there is little chance of genius being ignored. And, moreover, they are always working either for or against the verdicts of the majority. The majority can make a reputation, but it is too careless to maintain it. If, by accident, the passionate few agree with the majority in a particular instance, they will frequently remind the majority that such and such a reputation has been made, and the majority will idly concur: “Ah, yes. By the way, we must not forget that such and such a reputation exists.” Without that persistent memory-jogging the reputation would quickly fall into the oblivion which is death. The passionate few only have their way by reason of the fact that they are genuinely interested in literature, that literature matters to them. They conquer by their obstinacy alone, by their eternal repetition of the same statements. Do you suppose they could prove to the man in the street that Shakespeare was a great artist? The said man would not even understand the terms they employed. But when he is told ten thousand times, and generation after generation, that Shakespeare was a great artist, the said man believes—not by reason, but by faith. And he too repeats that Shakespeare was a great artist, and he buys the complete works of Shakespeare and puts them on his shelves, and he goes to see the marvelous stage-effects which accompany King Lear or Hamlet, and comes back religiously convinced that Shakespeare was a great artist.  All because the passionate few could not keep their admiration of Shakespeare to themselves. This is not cynicism; but truth. And it is important that those who wish to form their literary taste should grasp it.

What causes the passionate few to make such a fuss about literature?  There can be only one reply. They find a keen and lasting pleasure in literature. They enjoy literature as some men enjoy beer. The recurrence of this pleasure naturally keeps their interest in literature very much alive. They are for ever making new researches, for ever practising on themselves. They learn to understand themselves. They learn to know what they want. Their taste becomes surer and surer as their experience lengthens. They do not enjoy to-day what will seem tedious to them to-morrow. When they find a book tedious, no amount of popular clatter will persuade them that it is pleasurable; and when they find it pleasurable no chill silence of the street-crowds will affect their conviction that the book is good and permanent. They have faith in themselves. What are the qualities in a book which give keen and lasting pleasure to the passionate few?  This is a question so difficult that it has never yet been completely answered. You may talk lightly about truth, insight, knowledge, wisdom, humour, and beauty. But these comfortable words do not really carry you very far, for each of them has to be defined, especially the first and last. It is all very well for Keats in his airy manner to assert that beauty is truth, truth beauty, and that that is all he knows or needs to know. I, for one, need to know a lot more. And I never shall know. Nobody, not even Hazlitt nor Sainte-Beuve, has ever finally explained why he thought a book beautiful. I take the first fine lines that come to hand—

The woods of Arcady are dead,
And over is their antique joy—

and I say that those lines are beautiful, because they give me pleasure. But why? No answer! I only know that the passionate few will, broadly, agree with me in deriving this mysterious pleasure from those lines. I am only convinced that the liveliness of our pleasure in those and many other lines by the same author will ultimately cause the majority to believe, by faith, that W.B. Yeats is a genius. The one reassuring aspect of the literary affair is that the passionate few are passionate about the same things. A continuance of interest does, in actual practice, lead ultimately to the same judgments. There is only the difference in width of interest. Some of the passionate few lack catholicity, or, rather, the whole of their interest is confined to one narrow channel; they have none left over. These men help specially to vitalise the reputations of the narrower geniuses: such as Crashaw. But their active predilections never contradict the general verdict of the passionate few; rather they reinforce it.

A classic is a work which gives pleasure to the minority which is intensely and permanently interested in literature. It lives on because the minority, eager to renew the sensation of pleasure, is eternally curious and is therefore engaged in an eternal process of rediscovery. A classic does not survive for any ethical reason. It does not survive because it conforms to certain canons, or because neglect would not kill it. It survives because it is a source of pleasure, and because the passionate few can no more neglect it than a bee can neglect a flower. The passionate few do not read “the right things” because they are right. That is to put the cart before the horse. “The right things” are the right things solely because the passionate few like reading them. Hence—and I now arrive at my point—the one primary essential to literary taste is a hot interest in literature. If you have that, all the rest will come. It matters nothing that at present you fail to find pleasure in certain classics.  The driving impulse of your interest will force you to acquire experience, and experience will teach you the use of the means of pleasure. You do not know the secret ways of yourself: that is all. A continuance of interest must inevitably bring you to the keenest joys. But, of course, experience may be acquired judiciously or injudiciously, just as Putney may be reached via Walham Green or via St. Petersburg.