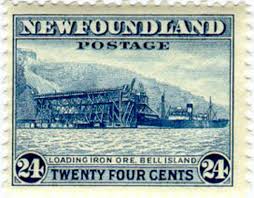 I’ve mentioned elsewhere that, while it’s most common to collect stamps by geographic area – USA, for example, or British North America – one could also collect stamps of a given time period.  British Empire collectors often collect one or more reigns, like Victorian, or pre-Elizabeth II.  Some people have an interest in modern stamps and some people don’t, and for people who don’t, having a cut-off period in history makes sense.

One of the time periods some folks collect is the “classic” era, and you can define “classic” any way you want to, but there’s a stamp catalogue put out by Scott called the Scott Classic Specialized Catalogue: Stamps and Covers of the World Including US 1840-1940, which obviously asserts that the classic period ends in 1940.  It does make for a nice even hundred years (or hundred and one years) of stamp issuance.  From a purely personal viewpoint, I’d probably have gone to the end of 1945, because that would neatly include the end of World War II, but that’s quibbling, and there’s no need to quibble.  The great thing about collecting stamps only from this time period is that you might only need to buy one stamp catalogue to cover all the stamps of the world.

What would one do for stamp albums if one wished to focus on the classic period? Someone somewhere online said something to the effect that the only way to go would be to use the Scott International Stamp Album, the pages of which are issued according to time periods. It’s not the only way to go, but it’s also not a bad suggestion. As far as pages – not binders, not slipcases, not glassine interleaving (if desired) – you’d need four sets of pages: Parts 1A1, 1A2, 1B1, and 1B2.  These sets range from 544 pages to 608 pages, double-sided, and each set costs $150 (all prices are as of the date of this writing), so we’re talking $600 worth of pages. The binders, which hold about 300 pages each, cost a bit over $50 apiece, and you’d require eight of them, so there’s another $400.  You’d also want eight matching slipcases, so the albums would actually stay straight on your shelves, which would be another $250.  The binder labels are cheap, and it’s a personal decision regarding the need for glassine interleaving, so let’s leave it at that, which brings us to a total of $1,250, and we haven’t even purchased one stamp yet.  But actually, if you’re buying the complete set, we’ve seen it offered for as low as $700 (in four jumbo sized albums, rather than the eight smaller and more manageable albums, which might be a bit tight for all those pages, but apparently works), which is still a bit of money, but not as much as $1,250.

Or, you could design your own pages, or use stockbooks, which might cost more over time but would seem more palatable to your budget than one large outlay. You could also get a subscription to stampalbums.com and print your own album pages, as needed. With the aid of a hole-puncher, the pages can then be placed in Lighthouse Vario G (not classic) binders and slipcases. The binders can be purchased on Amazon, but be aware – not every seller on Amazon selling Vario G binders actually knows the difference between Vario G (which are 3-ring) and other types of Vario binders. You’d also want to use clear stamp mounts for your stamps.

Hopefully, we’ve given you some ideas on collecting classic stamps, which is always a good thing.