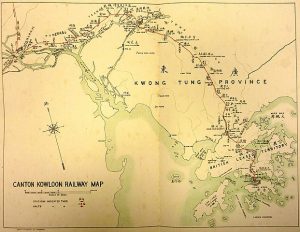 (Taken from Burroughs’ Encyclopaedia of Astounding Facts and Useful Information, 1889)

The Chinese are indeed remarkably fond of proverbs. They not only employ them in conversation—and even to a greater degree than the Spaniards, who are noted among Europeans for the number and excellence of their proverbial sayings—but they have a practice of adorning their reception rooms with these sententious bits of wisdom, inscribed on decorated scrolls or embroidered on rich crapes and brocades. They carve them on door-posts and pillars, and emblazon them on the walls and ceilings in gilt letters.

The following are a few specimens of this sort of literature:

As a sneer at the use of unnecessary force to crush a contemptible enemy, they say:

“He rides a fierce dog to catch a lame rabbit.”

Similar to this is another,

They say of wicked associates:

“To cherish a bad man is like nourishing a tiger; if not well-fed he will devour you.”

Here are several others mingling wit with wisdom:

“To instigate a villain to do wrong is like teaching a monkey to climb trees;”

“To catch fish and throw away the net,” which recalls our saying, “Using the cat’s paw to pull the chestnuts out of the fire;”

“To climb a tree to catch a fish” is to talk much to no purpose;

“A superficial scholar is a sheep dressed in a tiger’s skin;”

“A cuckoo in a magpie’s nest,” equivalent to saying, “he is enjoying another’s labor without compensation;”

“If the blind lead the blind they will both fall into the pit;”

“A fair wind raises no storm;”

“Vast chasms can be filled, but the heart of man is never satisfied;”

“The body may be healed, but the mind is incurable;”

“He seeks the donkey, and lo! he sits upon him;”

“He who looks at the sun is dazzled; he who hears the thunder is deafened.” i. e., do not come too near the powerful;

“Prevention is better than cure;”

“Wine and good dinners make abundance of friends, but in adversity not one of them is to be found.”

“Let every man sweep the snow from before his own door, and not trouble himself about the frost on his neighbor’s tiles.”

The following one is a gem of moral wisdom:

“Better not be, than be nothing.”

“Sensuality is the chief of sins, filial duty the best of acts.”

“The horse’s back is not so safe as the buffalo’s”—the former is used by the politician, the latter by the farmer.

“Too much leniency multiplies crime.”

“If you love your son give him plenty of the rod; if you hate him cram him with dainties.”

“He is my teacher who tells me my faults, he my enemy who speaks my virtues.” Having a wholesome dread of litigation, they say of one who goes to law, “He sues a flea to catch a bite.”

Their equivalent for our “coming out at the little end of the horn” is, “The farther the rat creeps up (or into) the cow’s horn, the narrower it grows.”

The truth of their saying that “The fame of good deeds does not leave a man’s door, but his evil acts are known a thousand miles off,” is illustrated in our own daily papers every morning.

Finally, we close this list with a Chinese proverb which should be inscribed on the lintel of every door in Christendom:

“The happy-hearted man carries joy for all the household.”