The Burden of Christmas 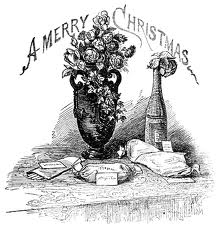 It would be the pity of the world to destroy it, because it would be next to impossible to make another holiday as good as Christmas. Perhaps there is no danger, but the American people have developed an unexpected capacity for destroying things; they can destroy anything. They have even invented a phrase for it—running a thing into the ground. They have perfected the art of making so much of a thing as to kill it; they can magnify a man or a recreation or an institution to death. And they do it with such a hearty good-will and enjoyment. Their motto is that you cannot have too much of a good thing. They have almost made funerals unpopular by over-elaboration and display, especially what are called public funerals, in which an effort is made to confer great distinction on the dead. So far has it been carried often that there has been a reaction of popular sentiment and people have wished the man were alive.  We prosecute everything so vigorously that we speedily either wear it out or wear ourselves out on it, whether it is a game, or a festival, or a holiday. We can use up any sport or game ever invented quicker than any other people. We can practice anything, like a vegetable diet, for instance, to an absurd conclusion with more vim than any other nation.  This trait has its advantages; nowhere else will a delusion run so fast, and so soon run up a tree—another of our happy phrases. There is a largeness and exuberance about us which run even into our ordinary phraseology. The sympathetic clergyman, coming from the bedside of a parishioner dying of dropsy, says, with a heavy sigh, “The poor fellow is just swelling away.”

Is Christmas swelling away? If it is not, it is scarcely our fault. Since the American nation fairly got hold of the holiday—in some parts of the country, as in New England, it has been universal only about fifty years—we have made it hum, as we like to say. We have appropriated the English conviviality, the German simplicity, the Roman pomp, and we have added to it an element of expense in keeping with our own greatness. Is anybody beginning to feel it a burden, this sweet festival of charity and good-will, and to look forward to it with apprehension? Is the time approaching when we shall want to get somebody to play it for us, like base-ball? Anything that interrupts the ordinary flow of life, introduces into it, in short, a social cyclone that upsets everything for a fortnight, may in time be as hard to bear as that festival of housewives called housecleaning, that riot of cleanliness which men fear as they do a panic in business. Taking into account the present preparations for Christmas, and the time it takes to recover from it, we are beginning—are we not?–to consider it one of the most serious events of modern life.

The author is led into these observations out of his love for Christmas.  It is impossible to conceive of any holiday that could take its place, nor indeed would it seem that human wit could invent another so adapted to humanity. The obvious intention of it is to bring together, for a season at least, all men in the exercise of a common charity and a feeling of good-will, the poor and the rich, the successful and the unfortunate, that all the world may feel that in the time called the Truce of God the thing common to all men is the best thing in life. How will it suit this intention, then, if in our way of exaggerated ostentation of charity the distinction between rich and poor is made to appear more marked than on ordinary days? Blessed are those that expect nothing. But are there not an increasing multitude of persons in the United States who have the most exaggerated expectations of personal profit on Christmas Day? Perhaps it is not quite so bad as this, but it is safe to say that what the children alone expect to receive, in money value would absorb the national surplus, about which so much fuss is made. There is really no objection to this—the terror of the surplus is a sort of nightmare in the country—except that it destroys the simplicity of the festival, and belittles small offerings that have their chief value in affection. And it points inevitably to the creation of a sort of Christmas “Trust”—the modern escape out of ruinous competition.  When the expense of our annual charity becomes so great that the poor are discouraged from sharing in it, and the rich even feel it a burden, there would seem to be no way but the establishment of neighborhood “Trusts” in order to equalize both cost and distribution. Each family could buy a share according to its means, and the division on Christmas Day would create a universal satisfaction in profit sharing—that is, the rich would get as much as the poor, and the rivalry of ostentation would be quieted. Perhaps with the money question a little subdued, and the female anxieties of the festival allayed, there would be more room for the development of that sweet spirit of brotherly kindness, or all-embracing charity, which we know underlies this best festival of all the ages. Is this an old sermon? The Drawer trusts that it is, for there can be nothing new in the preaching of simplicity.