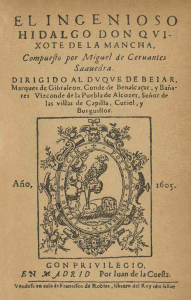 I will begin this introduction to the list below in the worst possible way, which is by apologizing for the title.  No one must read anything, in the sense of being compelled to read something by another.

But those of us who love books, and who love reading, know that we must read.  The command is self-generated, and will not be denied.  To travel my morning commute into Washington without a book to read on the train is a punishment that I would not wish on my worst enemies.  Actually, I exaggerate; I have no “worst enemies,” and those that I disliked in the past were generally illiterate, anyway.  But I digress.

As I was saying, we – people like you and I – must read.  We must finish a book, and then begin another.  Sometimes, this transition is an easy one; at other times, less so.  There are occasions when we are forced to ask ourselves, “What book should I read next?”  There are times – dreadful times – when we find no easy answer to this question, when we wrack our brains until we reach a point when no book seems like the right choice.

This happened to me recently.  I thrashed about for a week, figuratively, or at least semi-figuratively.  I became sullen.  I was morose.  The sunny skies of literature darkened.  All was dark, gray, gloomy, and empty.

That was when the thought came to me.  If I didn’t know what to read next – and, clearly, I didn’t – maybe someone else did.

There are hundreds – thousands, perhaps – of recommended reading lists.  I read all of them.  They were all (well, almost all) some help, and I am back to reading again.  But the thought occurred to me that none of them was quite perfect.  The list below may not be perfect, either, but I did have a specific design in mind when embarking upon assembling it.  I thought it better to offer a list of books one must read then a list of the 100 greatest books of all time, whatever they may be. In other words, the books on this list are books you want to be sure to read; whether or not they are great, or the greatest, is a moot point.

A few more words of introduction, then we’ll surge ahead.  First, the list is not in a specific order, so you do not have to follow the order that the books are in. Dive in anywhere, or choose every fifth book, or something like that. Second, the list is one that I plan on adding to in the future; thus, if your absolute best, most favorite, most loved book is not on the list, please do not despair. Third, I am obviously not free of bias in terms of reading preferences. English is my primary language, I live in the United States, and I am male. The list no doubt reflects this orientation, though I would like to say that there seems to be a tendency which did not exist when I was young of male readers feeling a need to read male writers, and females reading female writers.  I can assure you that this is an utterly ridiculous approach to reading, and any male who is too self conscious to board a train with a copy of Jane Eyre under his arm should reproach himself for silliness.  Fourth, I have only listed books that I have actually read and enjoyed, an approach which certainly could leave out a great deal of worthwhile books.

At any rate, the next time you ask yourself, “What should I read next?” I hope this list will prove helpful.

Books Under Consideration (A Sampling)

Origin of Species, Common Sense, Utopia, Ivanhoe, Confessions of an English Opium-Eater, Compleat Angler, Narrative of a Pilgrimage to Mecca, Travels of Marco Polo, The Moonstone, Death in Venice, Les Miserables, Vanity Fair, David Copperfield, The Cloister and the Hearth, The Memoirs of Barry Lyndon, Treasure Island, The Vicar of Wakefield, St. Leon, Fahrenheit 451, Marius the Epicurean, The Red and the Black . . .

Books I Definitely Decided Not to Place On the List

To Kill a Mockingbird, The Way We Live Now, tons of other books….

Other – and Perhaps Wiser – Opinions