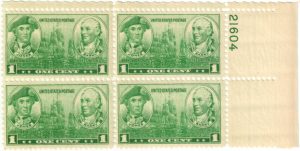 I’ve collected stamps for over fifty years, starting when I was a boy. Back then, there were stamp shops in all major U.S. cities and most small towns, as well as thriving stamp departments in department stores and five-and-dime stores like Woolworth’s. Mail-order stamps on approval were advertised in magazines and on matchbook covers. Most newspapers carried a stamp collecting column on Sundays. One could also soak stamps off of incoming mail. In short, no one back then ever envisioned a day when folks might ask, “Do people still collect stamps?”

The concise answer to such a question is this:

Back in the old days, there was a sort of model of progression that most stamp collectors followed. This model more or less dictated that one aspire to completeness. Since completeness could never be achieved with a worldwide collection, one was encouraged to specialize in the stamps of a certain region or country, or even stamps from a certain period issued by a particular country. Thus, a collector might limit his scope to the stamps of pre-WWII Germany, or to British Empire stamps issued during the reign of Queen Victoria. This method of collecting still makes sense.

Specialization also implied deepening one’s knowledge within a particular area, and collecting errors, variants, covers with unusual markings and that sort of thing. This acquisition of knowledge presumably led one from being a stamp collector to a philatelist, two terms that remain in current usage. The unfortunate implication that arose – and that is incorrect – is that it was somehow “better” to be a philatelist than a stamp collector.

As might be expected, some parties stood to make more money from philatelists than from stamp collectors. For example, whether the small differences on two stamps constituted separate varieties – both of which, then, had to be collected to achieve completeness – was a decision made to a large degree by catalogue companies. This meant that the hobbyist had to devote more money not only to stamp varieties but also to catalogues, stamp albums, stamp periodicals and specialized equipment, a development that was fine with those who thought of themselves primarily as philatelists but not necessarily fine with those who thought of themselves primarily as stamp collectors.

At the same time, the popular image of the stamp collector as an admired man of action (British monarchs, Franklin Delano Roosevelt and Dwight Eisenhower were all stamp collectors) began to give way to a less flattering (and inaccurate) image, that of the nearsighted introvert who devoted a great deal of time to examining small bits of paper for minute differences. (This change in the perception of the stamp collector was, perhaps, a part of the wider trend of anti-intellectualism occurring in the America of the 1950’s, a trend noted by Jacques Barzun in House of Intellect.) In point of fact, men – and women – of action have always naturally gravitated toward stamp collecting precisely because it is a quiet, solitary, process-oriented pastime that provides a welcomed respite from their typical goal-oriented and relationship-oriented activities. 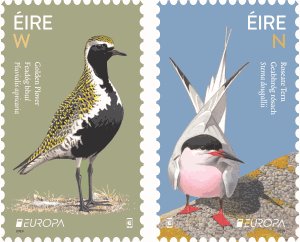 Many people incorrectly blame the age of computers and electronic games as the cause of declining interest in stamp collecting, if indeed such a decline exists. We not only disagree, but feel that the internet has, in many ways, helped the hobby and the average stamp collector.

How many stamps, stamp collections, philatelic covers and the like change hands each year on eBay? We have no idea, but we’re guessing the number is quite large. On any given day, there are thousands of stamp collecting-related items for sale on the website. And if no one is still collecting stamps, why does one so often get outbid?

Some of these items, undoubtedly, are purchased by philatelic investors, which is great. The rest of the purchasers – stamp collectors and philatelists- are buying and collecting for the enjoyment they derive from their hobby. They have collections of cars on stamps that don’t have to be complete to be enjoyed. They buy covers and postcards because the location from which the cover or card was sent has special meaning for them. They might buy a certain item and frame it for display in a home office or game room. They buy stamps for empty spaces in their albums and don’t care if they are called “space fillers.” They have a good time, primarily because they view stamp collecting as a relaxing and enjoyable endeavor that’s more needed than ever in a fast-paced information-overload world.

So, yes, people still collect stamps. And they have fun doing it. They’re just not all following one dictated path in collecting stamps, which is not a bad thing.

The idea of the necessity of pursuing a hobby under the auspices of an organization such as the American Philatelic Society has also changed over time. While the benefits of such organizations remain, membership may not be viewed as being as necessary today as it once was, owing to the fact that we now live in an age when one can find a good deal of philatelic information online and purchase stamps online with at least some recourse should the transaction go awry. (We still hold the opinion that it’s preferable to buy from Society members as opposed to non-members.) Change has been slow, but change has been inevitable. By 2013, membership in the American Philatelic Society was about half the size of what it was at its peak.

Shortly after writing and posting this article, a story was published in Linn’s Stamp News entitled, “Summit on the Future of Philately considers concerns and ways to take action.” While it addresses some of the issues mentioned above, a key concern seems to be getting people with an interest in stamps into “organized philately.” We’re not sure the attempt will be successful, because (as noted above) we’re not sure that many stamp collectors want to participate in “organized philately,” but we’re happy to see the topic discussed.