Books That Belong in Every American Library 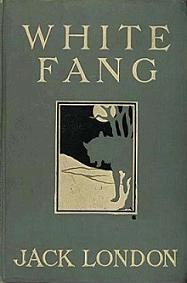 I’ve had this project – listing books that I feel should be found in every American library – in mind for some time.  That such a list could be controversial does not bother me, so long as the list serves its purpose as a starting point for discussion on what constitutes essential American literature.

But here’s the part of the project I’ve struggled with: I actually hope that you, dear reader, will visit your local public library and determine whether or not these books can be found there.  This isn’t to make things harder for librarians; to me, our librarians are under-appreciated heroes who deserve help and praise much more than any criticism.  But what I think is that, if we agree that these books do actually belong in every American library, and we find public libraries lacking these texts, then we should take the next step and either donate the books ourselves or publicize the need so that someone, somewhere, can get the right books to the right places.  I know that the readers of this website are an intelligent, resourceful, bunch, so my hope is that somehow together we’ll find a way to make this effort work successfully.

Little Women, by Louisa May Alcott

Bless Me, Ultima, by Rudolfo Anaya

My Antonia, by Willa Cather

Death Comes for the Archbishop, by Willa Cather

The Big Sleep, by Raymond Chandler

The House on Mango Street, by Sandra Cisneros

The Last of the Mohicans, by James Fenimore Cooper

The Red Badge of Courage, by Stephen Crane

An American Tragedy, by Theodore Dreiser

The Maltese Falcon, by Dashiell Hammett

Outcasts of Poker Flat, and Other Stories, by Bret Harte

The Scarlet Letter, by Nathaniel Hawthorne

The House of Seven Gables, by Nathaniel Hawthorne

Stranger in a Strange Land, by Robert Heinlein

For Whom the Bell Tolls, by Ernest Hemingway

The Old Man and the Sea, by Ernest Hemingway

Autocrat of the Breakfast Table, by Oliver Wendell Holmes

The Sketch-Book, by Washington Irving

The Haunting of Hill House, by Shirley Jackson

On the Road, by Jack Kerouac

One Flew Over the Cuckoo’s Nest, by Ken Kesey

To Kill a Mockingbird, by Harper Lee

The Call of the Wild, by Jack London

The Call of Cthulhu and Other Weird Stories, by H. P. Lovecraft

Gone With the Wind, by Margaret Mitchell

The Oregon Trail, by Francis Parkman

The Conquest of Mexico, by William H. Prescott

The Fountainhead, by Ayn Rand

The Catcher in the Rye, by J. D. Salinger

One Lonely Night, by Mickey Spillane

The Grapes of Wrath, by John Steinbeck

Of Mice and Men, by John Steinbeck

Johnny Got His Gun, by Dalton Trumbo

The Adventures of Tom Sawyer, by Mark Twain

The Adventures of Huckleberry Finn, by Mark Twain

Life on the Mississippi, by Mark Twain

The Color Purple, by Alice Walker

The Age of Innocence, by Edith Wharton

Leaves of Grass, by Walt Whitman

The Virginian, by Owen Wister