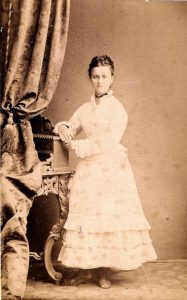 I found this essay in an old encyclopedia, from 1911.  So first off, be warned – any advice found herein, particularly medical or nutritional advice, is outdated!  The essay’s also (perhaps unsurprisingly) sexist by modern standards.  Nevertheless, it constitutes some interesting reading; I do wish my parents had considered my adolescence as a time when “an atmosphere of light gaiety should be cultivated.”  –DJMc

ADOLESCENCE (Lat. adolescentia, from adolescere, to grow up, past part. adultus, grown up, Eng. “adult”), the term now commonly adopted for the period between childhood and maturity, during which the characteristics—mental, physical and moral—that are to make or mar the individual disclose themselves, and then mature, in some cases by leaps and bounds, in others by more gradual evolution.  The annual rate of growth, in height, weight and strength, increases to a marked extent and may even be doubled.  The development in the man takes place in the direction of a greater strength, in the woman towards a fitter form for maternity.  The sex sense develops, the love of nature and religion, and an overmastering curiosity both individual and general.  This period of life, so fraught with its power for good and ill, is accordingly the most important and by far the most difficult for parents and educationists to deal with efficiently.  The chief points for attention may be briefly indicated.  Health depends mainly on two factors, heredity, or the sum total of physical and mental leanings of the individual, and environment.  In an ideal system of training these two factors will be so fitted in and adapted to one another, that what is weak or unprovided for in the first will be amply compensated for in the second.

In an ideal condition children should be brought up in the country as much as possible rather than in the town.  Though adults may live where they like within very wide limits and take no harm, children, even of healthy stock, living in towns, are continually subject to many minor ills, such as chronic catarrh, tonsillitis, bronchitis, and even the far graver pneumonia.  Removed to healthier conditions in the country their ailments tend to disappear, and normal physical development supervenes.  The residence should be on a well-drained soil, preferably near the sea in the case of a delicate child, on higher ground for those of more robust constitution.  The child should be lightly clad in woolen garments all the year round, their thickness being slightly greater in winter than in summer.  An abundance of simple well-cooked food in sufficient variety, ample time at table, where an atmosphere of light gaiety should be cultivated, and a period free from restraint both before and after meals, should be considered fundamental essentials.  As regards the most suitable kinds of food—milk and fruit should be given in abundance, fresh meat once a day, and fish or eggs once a day.  Bread had better be three days old, and baked in the form of small rolls to increase the ratio of crust to crumb.  Both butter and sugar are good foods, and should be freely allowed in many forms.  The exercise of the body must be duly attended to.  Nowadays this is provided for in the shape of games, some being optional, others prescribed, and such sports as boating, swimming, fencing, &c. But severe exercise should only be allowed under adequate medical control, and should be increased very gradually.  In the case of girls, let them run, leap and climb with their brothers for the first twelve years or so of life.  But as puberty approaches, with all the change, stress and strain dependent thereon, their lives should be appropriately modified.  Rest should be enforced during the menstrual periods of these earlier years, and milder, more graduated exercise taken at other times.  In the same way all mental strain should be diminished.  Instead of pressure being put on a girl’s intellectual education at about this time, as is too often the case, the time devoted to school and books should be diminished.  Education should be on broader, more fundamental lines, and much time should be passed in the open air.  With regard to the mental training of both sexes two points must be borne in mind.  First, that an ample number of hours should be set on one side for sleep, up to ten years of age not less than eleven, and up to twenty years not less than nine.  Secondly, that the time devoted to “bookwork” should be broken up into a number of short periods, very carefully graduated to the individual child.

In every case where there is a family tendency towards any certain disease or weakness, that tendency must determine the whole circumstances of the child’s life.  That diathesis which is most serious and usually least regarded, the nervous excitable one, is by far the most important and the most difficult to deal with.  Every effort should be made to avoid the conditions in which the hereditary predisposition would be aroused into mischievous action, and to encourage development on simple unexciting lines.  The child should be confined to the schoolroom but little and receive most of his training in wood and field.  Other diatheses—the tuberculous, rheumatic, &c.—must be dealt with in appropriate ways.

The adolescent is prone to special weaknesses and moral perversions.  The emotions are extremely unstable, and any stress put on them may lead to undesirable results.  Warm climates, tight-fitting clothes, corsets, rich foods, soft mattresses, or indulgences of any kind, and also mental over-stimulation, are especially to be guarded against.  The day should be filled with interests of an objective—in contradistinction to subjective—kind, and the child should retire to bed at night healthily fatigued in mind and body.  Let there be confidence between mother and daughter, father and son, and, as the years bring the bodily changes, those in whom the children trust can choose the fitting moments for explaining their meaning and effect, and warning against abuses of the natural functions.