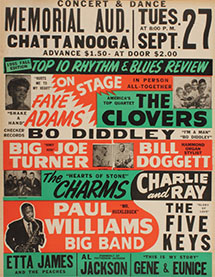 What songs should you absolutely, positively have on your iPod?

I'm not suggesting for one moment that everyone's iPod should have an identical playlist.  No one would even want to live in a world like that.  (Well . . . no one except certain members of a certain wing of a certain political party, but I never discuss politics, so let's leave things at that . . . )

But there are some songs that really ought to be on your iPod. The list below is, in some ways, an outgrowth of the 100 Greatest Rock Songs of All Time list I put together a couple of years ago.  The differences here are that:

A question that often comes up is, should I buy the single tune from the iTunes store, or buy a CD from Amazon with the song on it?  It's a question of personal preference, really, but I lean toward buying the CD; if I hadn't bought CD's for only one or two songs, I never would have heard a lot of great, though perhaps less popular, tunes, which are now also on my iPod.

Please note: As discussed above, these are songs I definitely want on my iPod, and whether or not they're "important" isn't important to me. Hope you find it helpful, or at least thought-provoking.