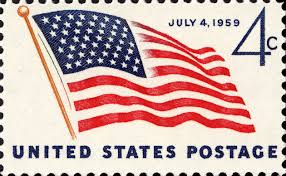 The American Flag is an important symbol of the United States of America, and should be treated as such.  The rules and suggestions that follow are meant to encourage flag display in an appropriate manner, and are in conformance with rules and customs established by Congress in 1942.

Here are some simple rules for properly displaying the American flag:

When to Fly the Flag

The flag can, and should, be displayed on any day with decent weather during daylight hours.  It may be flown during the night as well if it is properly illuminated, usually by a spotlight.  Federal holidays are excellent opportunities for flag display, as is Flag Day.

On Memorial Day, the flag is traditionally flown at half staff until noon, when it is then raised to full height.  At other times, the President of the United States proclaims when the flag should be flown at half mast.

"I pledge allegiance to the flag of the United States of America and to the republic for which it stands, one nation under God, indivisible, with liberty and justice for all."

When a flag's condition is poor, it should be destroyed by burning.

Things Not To Do With the Flag

Exuberance over "showing the flag" should never win out over taste and decorum.  The flag should never be used for purposes of advertising; nor should it be used as wearing apparel, bedding, or drapery.  To make a patriotic display, consider red, white and blue bunting.  Flag patches should not be part of an athletic uniform, but may be worn on the uniforms of military personnel, firemen, Scouts, and members of patriotic or other national organizations.

That Starry Flag of Ours

Unfurl the starry banner,
Till with loving eyes we view
The stars and stripes we honor
And the folds of azure blue.

'Tis the pride of all our nation
And the emblem of its powers -
The gem of all creation
Is that starry flag of ours.

Then raise aloft "Old Glory,"
And its colors bright surround,
In battle fierce and gory,
Or in peace with honor bound.

Let it float from spire and steeple,
And from house-tops, masts and towers,
For the banner of the people
Is that starry flag of ours.

Now, behold it, bright and peerless,
In the light of freedom's sky;
See its colors floating, fearless,
As the eagle soaring high.

And amid the cannon's rattle
And the bullets' deadly showers,
Ten million men will battle
For that starry flag of ours.

Q.  How many stars and stripes are on the flag?

Flag: thirteen equal horizontal stripes of red (top and bottom) alternating with white; there is a blue rectangle in the upper hoist-side corner bearing 50 small white five-pointed stars arranged in nine offset horizontal rows of six stars (top and bottom) alternating with rows of five stars; the 50 stars represent the 50 states, the 13 stripes represent the 13 original colonies; known as Old Glory; the design and colors have been the basis for a number of other flags including Chile, Liberia, Malaysia, and Puerto Rico.

Q.  When are new stars added to the flag?

A.  A new star is added to the flag on the July 4th following the entry into the Union of the new state.

Q.  What are the specifications for the colors of the flag?

Q.  Who made the first flag?

A.  Betsy Ross, made the first flag.

The following information is taken directly from a government source:

Presentation of the flag during a ceremony should be preceded by a brief talk emphasizing the importance of the occasion. Following the presentation all present should salute the flag, recite the pledge of allegiance, and sing the national anthem.

CARE OF YOUR FLAG

The life of your flag depends on your care. Dirt can cut fabrics, dull colors, and cause wear. Most outdoor flags can be washed in mild detergent and thoroughly rinsed. Indoor and parade flags should be dry-cleaned. Many dry cleaners offer free cleaning of U.S. flags during the months of June and July. Damaged flags can be repaired and utilized as long as the overall dimensions are not noticeably altered. American Legion Posts and local governments often have facilities to dispose of unserviceable flags. Store your flags in a well ventilated area away from any harsh chemicals or cleaning compounds. If your flag gets wet, never store it until it is completely dry. Wet folds cause permanent creases. Dampness ruins fabric and causes mildew. Pole care is also related to flag care. Rust and scale cause permanent stains and some metallic oxides actually eat holes in fabric.

The size of the flag is determined by the exposed height of the flagpole from which it is flying. The only consideration is for the flag to be in proper proportion to its pole. Flags which fly from angled poles on homes and those which are displayed on standing poles in offices and other indoor displays are usually either 3' x 5' or 4' x 6'. Color guards usually carry flags measuring 4' x 6'. Other recommended sizes are shown in the following table: