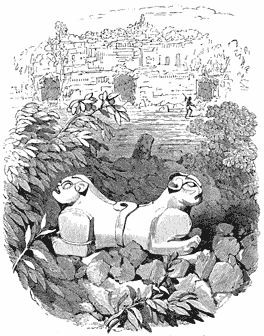 The view just stated touches the imagination and stirs the feelings like a genuine “wonder story;” but this should not be allowed to deny it a fair hearing. Those who reject it should disprove it before they hasten to pronounce it “absurd” and “impossible,” else it may be suspected that their accustomed views of antiquity are due more to education, and to the habit of following a given fashion of thinking, than to actual reflection. It needs demonstration; and we may reasonably suggest that, in the present state of our knowledge of the past, demonstration is impossible. Meanwhile, a clear historical record appears to make it certain that flourishing towns and cities were seen and visited in America three thousand years ago, by persons who went to them across the Atlantic.

It is said, more or less clearly, by more than one Greek writer, that the Phoenicians and Carthaginians knew the way to a continent beyond the Atlantic. One fact preserved in the annals of Tyrian commerce, and mentioned by several ancient writers, is related by Diodorus Siculus very particularly as a matter of authentic history. His narration begins with the following statement:

“Over against Africa lies a very great island, in the vast ocean, many days’ sail from Libya westward. The soil there is very fruitful, a great part whereof is mountainous, but much likewise champaign, which is the most sweet and pleasant part, for it is watered by several navigable streams, and beautified with many gardens of pleasure planted with divers sorts of trees and an abundance of orchards. The towns are adorned with stately buildings and banqueting houses pleasantly situated in their gardens and orchards.” The great ruins in Yucatan, and elsewhere in Mexico and Central America, bear witness that there was, anciently, such a country as this, across the ocean, “many days’ sail from Libya westward;” but Diodorus Siculus lived before the Christian era, and how was this known to him and others more than fifteen hundred years before America was discovered by Columbus? He tells us as follows: “The Phoenicians (Tyrians) having found out the coasts beyond the Pillars of Hercules, sailed along by the coast of Africa. One of their ships, on a sudden, was driven by a furious storm far off into the main ocean. After they had lain under this violent tempest many days, they at length arrived at this island.”

This reminds us of the constrained voyage of Biarni, the Northman, from Iceland to the coast of Massachusetts, in the year 985 A.D. He, too, was storm-driven “many days,” and in this way forced to the discovery of New England. He started for Greenland, and finally reached it by way of Martha’s Vineyard and Cape Cod. The tempest-driven ship of the Tyrians must have been carried to the West Indies, and to the coast of Honduras or Yucatan, where the Tyrians saw the gardens, cities, and stately edifices. The description of what they saw brings to mind similar accounts of what was seen in Yucatan by the Spaniards, when they began to sail along the coast of that peninsula in the beginning of the sixteenth century; Juan Diaz de Solis and Vincente Yañez Pinçon in 1506, and Hernandez de Cordova in 1517. They, too, saw handsome towns and stately buildings.

This undesigned voyage of the Tyrian ship seems to have been made previous to the building of Gadir, or Gades. Perhaps they made other voyages to that region, but it was a custom of the Phoenicians to be very secret in regard to the methods and paths of their commerce. A complete history of their commerce and navigation from the earliest times would unquestionably give us views of the past quite as startling to the prevalent assuming, unreasoning habits of belief, or rather disbelief, concerning antiquity, as that hypothesis of Atlantis and the earliest civilization. What is told by Diodorus authorizes us to suppose that the Tyrians who went across the Atlantic as described beheld some of the ancient American cities which are now found in ruins, for it is certain that nothing of the kind existed any where else “many days’ sail from Libya [Northern Africa] westward.” Their voyage was made more than eleven hundred years previous to the Christian era. If the old Central American books may be trusted, this was not very long previous to the beginning of the Toltec domination.

Beyond this date, the history of the “Colhuas,” who are described as the original civilizers, must have covered a very long period; how long we may imagine, but can not know. Gadir, now Cadiz, founded eleven hundred years previous to the Christian era, is still an inhabited city; it has been several times reconstructed, but never deserted. When it was built, Tartessus, then a very old city, still existed, although it was in ruins long before Christ appeared. How long had Palenque been in existence when that Tyrian ship was driven across the Atlantic? And how long had that region been a region of cities and civilization? There is no history which can answer these questions.