How to Make Resolutions 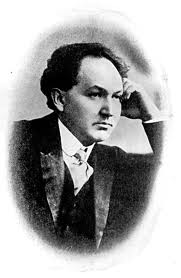 And How to Accomplish Them

It is early December, not a bad time to think about making resolutions for the coming year, and I am, coincidentally, reading Willpower: Rediscovering the Greatest Human Strength, which is really one of those excellent books one comes across from time to time, and which I recommend highly.  One of the points made in the book early on is that, when it comes to New Year's resolutions, you will have your greatest chance of success if you only make one.  The authors offer a good deal of scientific proof for this assertion, and I'm inclined to accept what they say.  But that's tough advice.

Like most people, I'd like to think I can accomplish more than one big thing in a year.  On the other hand, when I review the five New Year's resolutions I published some years ago, I realize that I only accomplished the fourth and fifth items on the list, and the fourth doesn't really even count, because it was simply a resolution to continue to do something that had already, by then, become a habit.  My idea now is still to list five, in descending order of importance, but to state to myself that I will be happy if I only accomplish the first item on the list.  Also, I will only go to the second item on the list once the first is completely accomplished, and so on down through number five.

The importance of doing one thing at a time, of course, is nothing new.  I wrote a brief essay about it some years back, and quoted Napoleon, Goethe, John D. Rockefeller, and Samuel Smiles, who all recommended the practice.  And, since we're speaking of quotes, consider this:

"You must overcome obstacles singly, and not look upon them en masse,
for you will be discouraged if you do. Take one thing at a time, dispose
of it, tackle the next thing and so on. Success comes slowly; it creeps."
-- Col. William C. Hunter

We've all seen evidence of the practicality of not trying to do everything at once.  I recall, back when I worked in Albany, New York, that there was a normally pleasant woman in the office who had decided to go on a strict weight-loss diet and quit smoking at the same time.  The pursuit of these two goals may have lasted a month, after which they were both abandoned, and the month was one of sheer unpleasantness for both her and her subordinates.  One cannot criticize this person for her choice of goals and, for all I know, her physician may have recommended that they both be pursued in tandem.  But the hard truth is that her quest was probably doomed before she started.

It isn't just the discouragement that Colonel Hunter mentions above that is the problem.  As Roy F. Baumeister and John Tierney, the authors of Willpower clearly demonstrate, there's a limited supply of willpower in each of us at any one time, just like our supply of physical strength.  If you're on a strict diet, you really probably don't have the strength of will to quit smoking at the same time.  If you're wildly stressed out at work, coping with that situation may not leave you with enough reserves to either diet or quit smoking.  (Fortunately, Baumeister and Tierney offer scientific methods of increasing willpower, which is the real value in the book.)

So, here's what I recommend.  Get out a sheet of paper and a pen, and at the top of the paper, write,

"The first resolution I am going to accomplish this year (and I'll be happy if it's the only one I accomplish) is:   "

Then write down your main resolution.  If you're afraid of accomplishing that and being left without more goals, list a few more, but remember - you only go to the second resolution when the first one is clearly accomplished, and you only work on one resolution at a time.

This is a good system, and you'll be happy you tried it.