Island Music, and Songs of the Sea 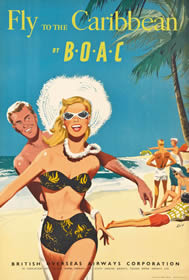 I thought of calling this list by various titles - tropical music, vacation music, kick-back music, even "musica tropical," and I suppose the word "beach" should have been in there somewhere, too - but, in the end, "island music" sounded like the best thing, and besides, I'm in an island mood, so why sweat the details?  The idea came to me while I was cruising around the southern Caribbean.  What songs would I most want to put on my iPod to get me (or keep me) in an island mood?  What follows is the answer I came up with.  Remember, this isn't a list of authentic island music, it's a list of songs that somehow might put one in that indefinable island mood.

In addition to the above songs, and also in something of a different vein, I would like to mention that I received for Christmas (2009) the Smithsonian Folkways CD entitled, "Irish Pirate Ballads and Other Songs of the Sea."  If you like folk music, or sea shanties - or, I suppose, if you're noticing a big lack in your CD collection when it comes to Irish pirate ballads - then consider this highly enjoyable collection of songs.